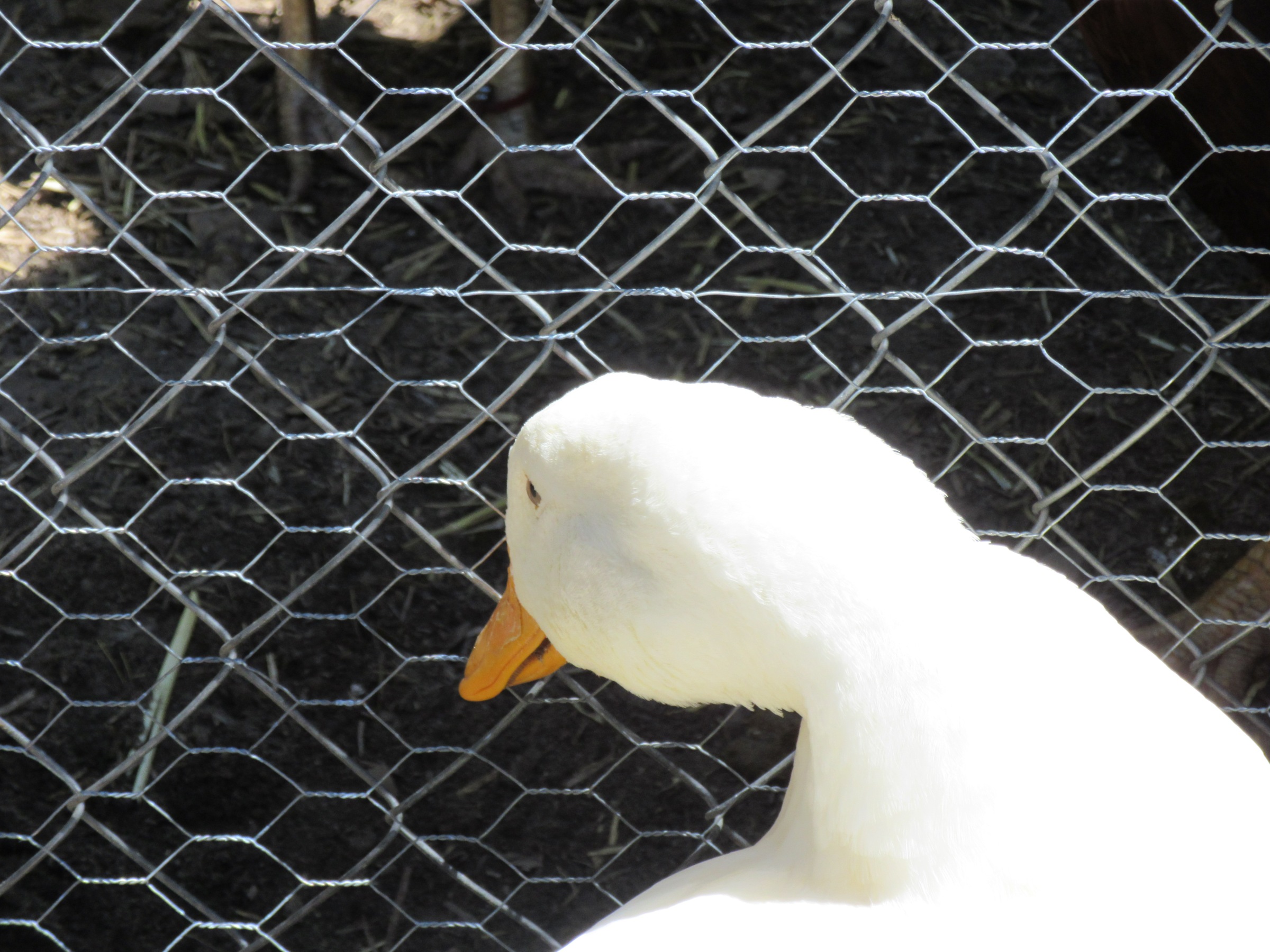 The main project that I’ve hoped to accomplish this summer is getting the garage organized so that EJ has space to be creative. It’s been tough to find a weekend to work on it because we’ve had so much rain this summer. This weekend we spent one day going to the National Cherry Festival airshow. The next morning it was raining so EJ and I decided to drive off and have a bit of fun. We would have gone rockhounding along Lake Michigan or walking on some trails but….rain. After a bit of discussion, we decided to go to Goodwill and then on to Joann Fabrics. We encountered quite a bit of traffic from vacationing tourists that were in town for the National Cherry Festival and Independence Day, but it wasn’t as bad as it could have been if we were closer to the festivities. 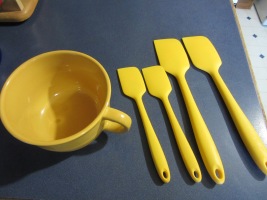 My biggest finds at Goodwill was a bowl-cup thing in my favorite color. This particular color of yellow always makes me feel a warm surge of happiness, so I can’t help but buy yellow items. I warned my guys that THIS is MY bowl so “no touchee.” We each lay claim to favorite cups and dishes, just “because.”

I also found a new purse. I really like my current purse but it is wearing out and it’s strap is about to break in two so I really needed to find a new purse before that happened. JJ called my new purse “Frankenpurse.” He said it looks as if it was made with many little mouse pelts sewed together. I think my new purse is pretty, but I still laughed at JJ’s statement. Now I think of it as “my mouse-pelt purse.”

I found EJ a bag of golf balls. He enjoys “golfing” on our property. He hits the balls and then later, if he finds them, he hits them back up the driveway again. He insists on hitting them wherever they land. EJ found another golf club at Goodwill to add to his collection, some books (duh), a wool blanket, and a few other items.

Then we drove through the traffic to Joann Fabrics. We love meandering through Joann Fabrics because we find inspiration for things we could make. I bought a few items for crochet projects–beads, purse clasps, and cute little chicken buttons. I also bought a very large, multi-holed cupcake pan. I don’t know if you call the indentations “holes” but I don’t know what else to call them. I’ve been wanting one for a while because I like to make “Beefy Biscuit Cups” and would prefer to be able to make more than six at a time. I also bought four very nice yellow spatulas. EJ bought some exacto knives and a few other things.

Monday the weather was finally sunny and nice so it was a work day. EJ mostly worked at organizing the garage, although he did finish building the swing for the chickens. When he moved the swing into their pen, the chickens became very upset. They get alarmed by unfamiliar things. They all squawked and crowded away from the swing, and got too close to the dividing gate so Cuddles was able to grab a hen. He is so bad.

I did a variety of tasks throughout the day. After I got a load of laundry in the washer, I went out and fastened chicken wire to the bottoms of the fences dividing both the outside pens and inside the coop. We laughed with wicked glee when Cuddles couldn’t get his head through the fence.

Several weeks ago when we first put up the chicken wire fencing around the raised garden beds, we used up the first roll of fencing before we had enclosed all the beds. It was getting late so rather than get out the second roll of fencing, we stopped for the day. I kept forgetting that that small section was not finished–plus we had many rainy days. But yesterday morning we noticed that the ducks were nibbling some of the garden plants that they could reach through the unprotected section. After I Cuddles-proofed the dividing fences, I put up the rest of the fencing around the bed.

I washed all the clothes and hung them outside and later folded them and put them away. I made potato salad. Then I prepared strawberries and made biscuits for Strawberry Biscuit Dessert. I cleaned the house, and did a variety of other tasks.

FedEx brought my Wildflowers of Michigan book in the morning. It is an awesome book and I enjoyed looking through it. On my short breaks throughout the day I searched for some of our wildflowers and was able to learn the identity of a few. I learned that one is called a “Goat’s Beard.” It turns to face the sun, opens only on sunny mornings and closes at noon. That is why it’s also called, “Johnny-go-to-bed-at-noon,” which I think is an awesome name. 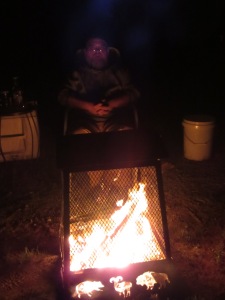 When JJ came home from work at about 4 p.m., he got the grill going and cooked hotdogs and hamburgers. We had some of the potato salad I had made and chips JJ had bought. We are going to have another cookout today, and add corn-on-the-cob and Strawberry & Biscuits to the menu.

We ended the day with a campfire and watched while JJ set off his fireworks. It was only July 3rd, but oh, well. Neither EJ nor JJ have to work today so they could stay up later last night.

Today is another beautifully sunny day, so we will get more tasks done again today.