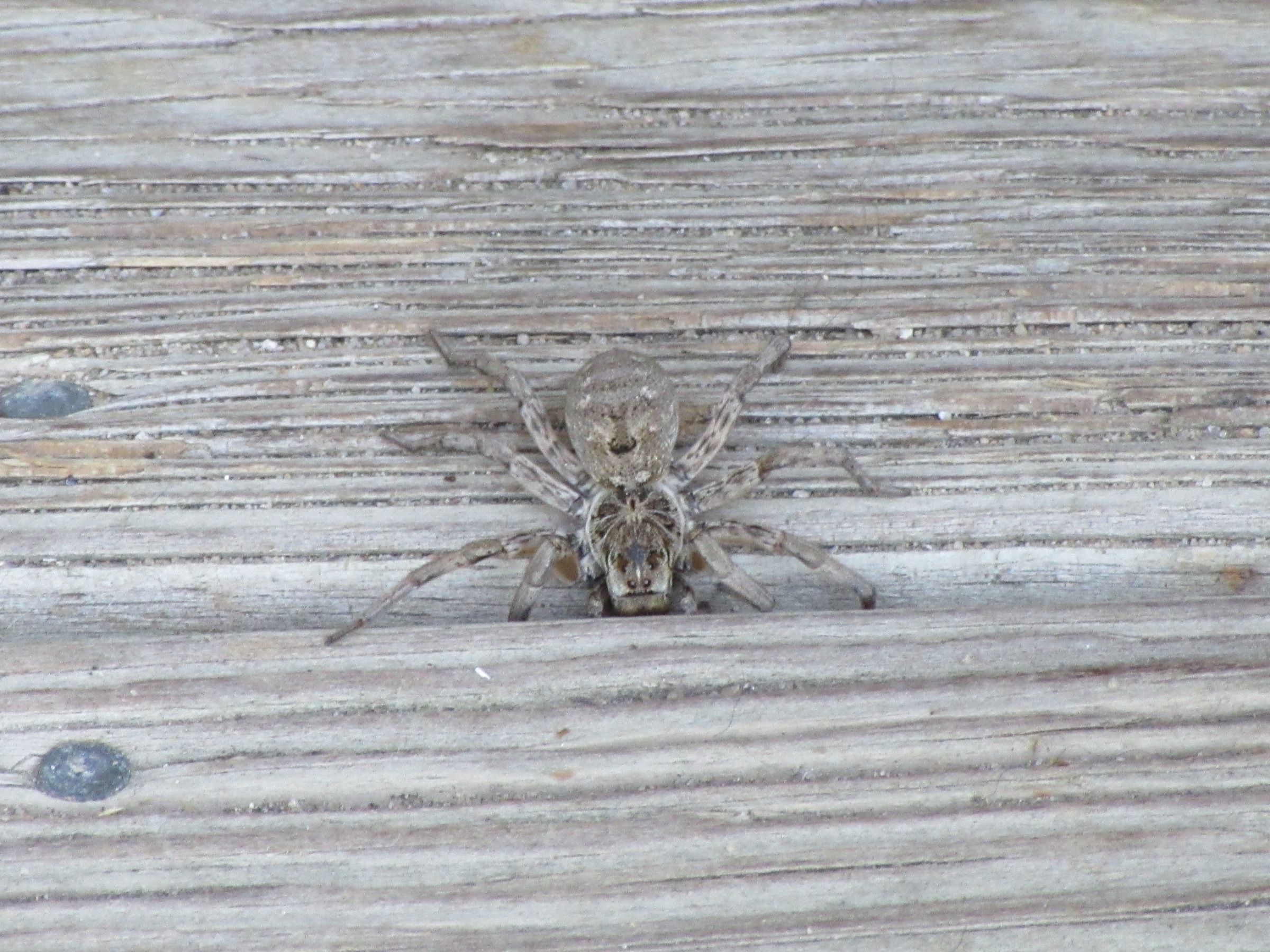 Tuesday EJ and moved stuff away from one section of the wall in the garage and then EJ began building shelves to hold all his pieces of lumber. He is going to build several shelves so that he can sort the lumber according to size. He worked on the shelves again tonight after work.

As soon as EJ left for work this morning, I began mowing the lawn. It’s much more pleasant to mow before the day heats up.

I also washed the clothes and hung them out on the clothesline to dry. On one of my trips from the clothesline back into the house, I saw a HUGE UGLY WOLF SPIDER on the porch. I swear this is the biggest and ugliest spider I have seen! It was sitting next to EJ’s lawn chair as if it was waiting for him to sit down and chat. I repeatedly reminded myself, “Wolf spiders eat bad insects, wolf spiders eat bad insects,” and I left it alone and went into the house through the other door, feeling quite virtuous that I didn’t rush to kill it.

However, a while later I went outside with another basket of clothes and that spider was still there, sitting next to EJ’s lawn chair on the porch. I remembered that spiders have millions of babies, and their babies grow up to have millions more babies, so I went back into the house for my camera, took a photo of the spider, and then sprayed it with the last little bit of spider spray left in the can.  I almost felt bad that I had killed the spider because it eats bad insects and was waiting to chat with EJ. But I didn’t feel bad enough to let it live. I would probably have heart failure if it got into the house and crawled up next to me. I can totally relate to Little Miss Muffet who freaked out when a spider came and sat beside her. Miss Muffet probably lived in Northern Michigan.

My can of spider killer spray was now empty, which meant that I had no defense against HUGE UGLY SCARY SPIDERS. I knew EJ was planning to stop at the store on his way home, so I texted him and asked if he would get some more spray. He came home with this: 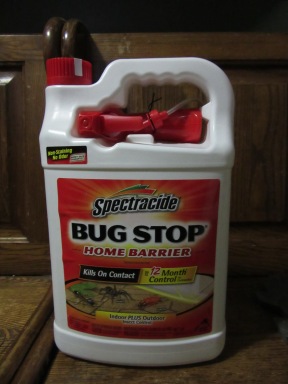 As soon as I saw the humongous gallon jug of bug spray, I exclaimed, “I need a backpack!” My guys knew exactly what I was thinking–they groaned, “Who you gonna call? Ghost-busters!” I said, “No, no….Spider-busters!”

I’m ready now for the spiders that threaten me.

← My Mouse-Pelt Purse
The Alien Among Us →