Appointment with the Doctor

Night-time and first thing in the morning are the hardest times for me. I am most vulnerable then. Once I can align my thinking, I am ok. Writing is one of the tools that I use to realign my thinking. Writing, to me, is a release. If I am afraid, sad, stressed, I pour it out in writing. It’s like drawing out the toxins so they don’t remain inside. Once they are dumped in my writing, I can move on. 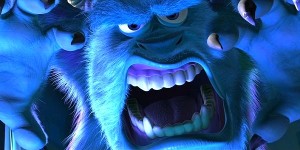 So after I wrote this morning, I had more strength to face the day. I got my guys up, and started fixing breakfast. “Do you want something to eat?” I asked JJ. He said, “Meh, I’m not sure I want anything…” (He is like me, not wanting to eat the moment he wakes up.) I said, “Why did I ask that question? You ARE going to eat RIGHT NOW!” “Your Mom is being a Mama Bear,” EJ said. “Yes, I am practicing for the visit to the doctor.” I started to run in place and stop and GROWL” like Sully training for work in the movie, Monster’s Inc: Run, run, run….GROWL! Run, run, run….GROWL!. JJ thought I had totally lost it and gone off the deep end.

We started off as the sun was rising. It was a beautiful sunset with vibrant colors, and beams of light shooting out from the clouds. Also, the autumn trees are gorgeous. I didn’t have my camera with me, but the sky sort of looked like this picture I found on the Internet.

We did not meet with Dr. Y. who operated on JJ. Instead, we met with Dr. G. I think he is the doctor who deals with follow-up appointments or something. He told us that JJ’s cancer was contained in the testicle. Good news. However, the pathology report showed that there were three different types of cancer cells in the mass. Apparently there are a lot of different types of cancer cells. One testicular cancer cell is so sensitive to radiation that it practically withers from a flashlight. Unfortunately, JJ does NOT have that sort of cancer. His cancer cells are not responsive to radiation, and one type is particularly tricky to cure.

Dr. G. said that they are going to present JJ’s case to the Tumor Board in a couple of weeks. The Tumor Board is a committee of doctors from different medical fields who will discuss JJ’s case and decide on a treatment. Most likely JJ will need some chemo and maybe a surgery, but that won’t be known until the Board meets. Dr. G. said it’s also possible that JJ could be sent to a hospital in Indiana that specializes in testicular cancer.

Eric said that sometimes life has really “kicked us in the nuts.” The doctor asked, “Did you just make a testicle joke….in front of your son???” And we all laughed. We gotta find humor where we find it.

I asked about alternative diet treatments, and also if there was any foods that JJ ought to eat or not eat. Dr. G. was quite strong in saying that especially in JJ’s case he should not seek natural treatments. He also said that there were no diet restricts. JJ could eat what he wanted. I feel that everyone sees and solves problems according to their belief system: A doctor who treats cancer with chemo will think that’s best and a doctor who beliefs in natural methods will think that’s best. Although this doctor says JJ can eat whatever he wants, I see the value of healthy food and so will try to find him good things to eat.

JJ has always been funny, intelligent, and compassionate, and he has also always been extremely strong-willed. If he doesn’t understand or agree with something, he will dig in his heels and not budge. I have sometimes told him (and myself) that there are negative and positive sides to a strong will and he needs to be able to channel his strong-will into the positive side, learning when to stand firm and when to give in. I have told him in the past that a strong-will can be stubbornness or rebellion or it can be persistence, endurance, determination. A few days ago, I told him that THIS is a time when he MUST use his superpower of strong-will. He must dig in and FIGHT. And JJ is also using his strong will to decide for himself what treatment he wants to pursue. We can advise and help, but in the end HE will make the final decisions on treatment. It won’t be any other way because JJ will determinedly choose what he chooses. And this, really is what we want: an adult who can make his own choices.

Anyway, we won’t know much about treatment or anything until we meet with Dr. Y after the Tumor Board has discussed his case. In the meantime, we have to get JJ another CT scan on October 31. He was supposed to have a full body scan before his surgery, but the hospital didn’t do the chest scan. He also needs more blood work in the week after next.

The news is not as good as we had hoped, but I’m pretty good today. I find uncertainty to be more torturous than certainty because when I know nothing then I don’t know whether to breathe in relief or gear up for a fight. Even though we don’t know treatment plans yet, we do know what kind of cancer this is, and that’s something. We know we have to prepare for a battle.

On an unrelated note: A couple of weeks ago I ordered a Havdalah candleholder from Israel. It is used to symbolically signal the end of Shabbat. Yesterday I had a yellow card in my P.O. Box signifying that I had a package, but the sweet postal worker (CM) couldn’t find the package. Today a different postal worker was running the window (he might be the new postmaster???). He’s been at our post office for a couple of weeks now. I like him. He is warm and very funny. Anyway, he told me that the “lost” package was his fault because it was a registered package, which means he had to put it in the safe, but he put the wrong kind of card in our box so CM didn’t know to look for it. He noticed it was from Israel, and when I said that I was excited to receive it and he said, “Do you mind if I ask what it is?” So I told him about the Havdalah ceremony and opened the box to show him the candleholder. He is interested in Hebraic things but doesn’t know much about it, so we had a wonderful discussion and then he said, “We WILL discuss this later,” and he gave me his email address and website URL so he can ask questions. I thought that if I had received the package yesterday I never would have had this wonderful discussion today. So that was cool. I love these divine connections.

← In The Darkness
The Middle of the Story →

2 Comments on “Appointment with the Doctor”