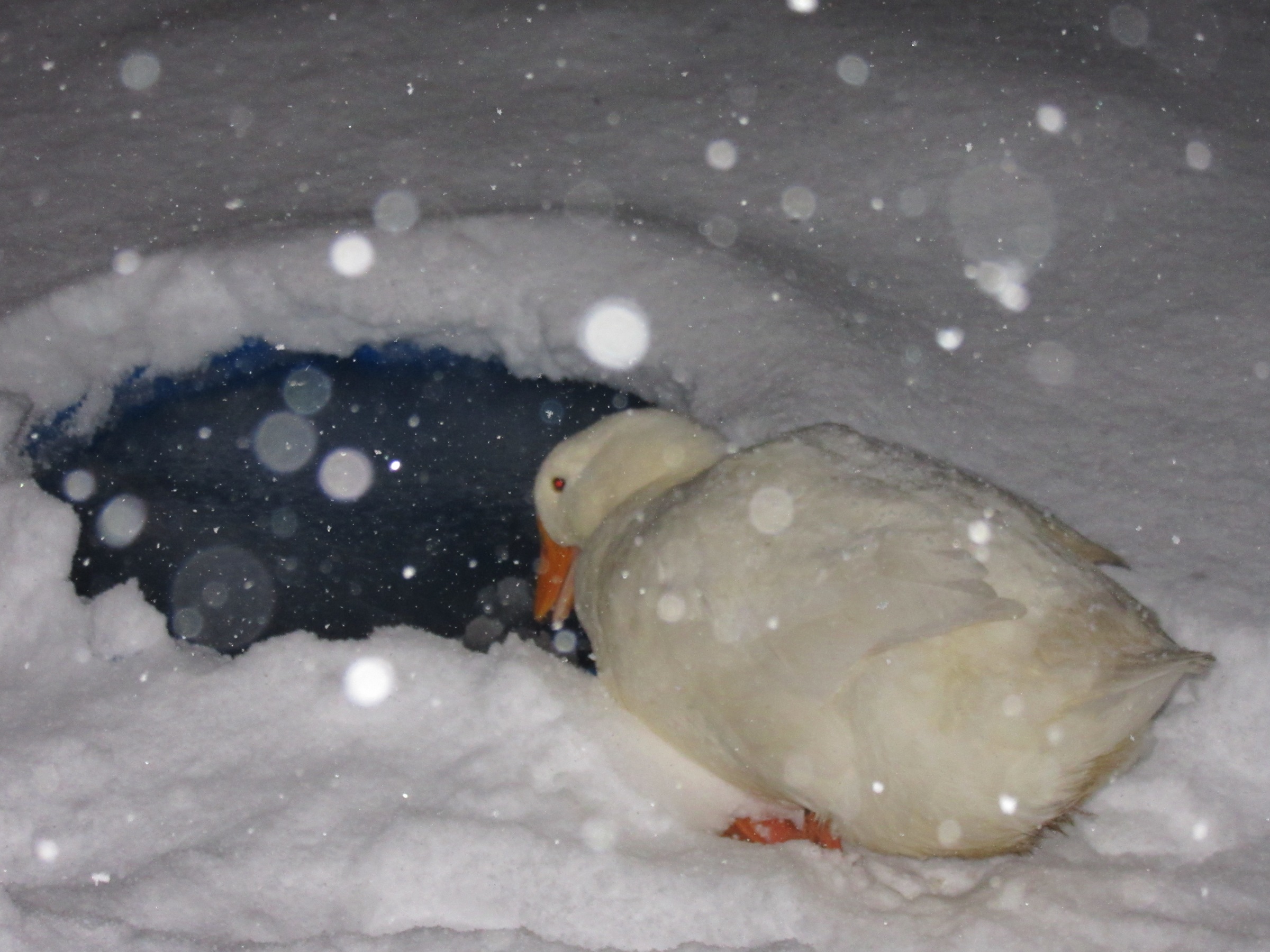 I think winter has finally come to stay. We had 4-6 inches of snow over night. It snowed all day today and I think more snow is on the way. 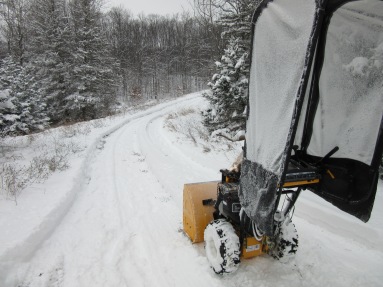 Snowblowing the driveway is such physical work that it wasn’t long before I was wringing wet with sweat. I ended up taking off my coat and hat and hanging them on a t-post about halfway down the driveway. When I finished the driveway, I had to walk down to get my coat and hat from the post. I had seen our letter carrier deliver our mail while I was snowblowing so after I put on my coat and hat, I just kept walking down to the mailbox. I was so tired that my legs felt rubbery and I staggered as I went up the driveway. 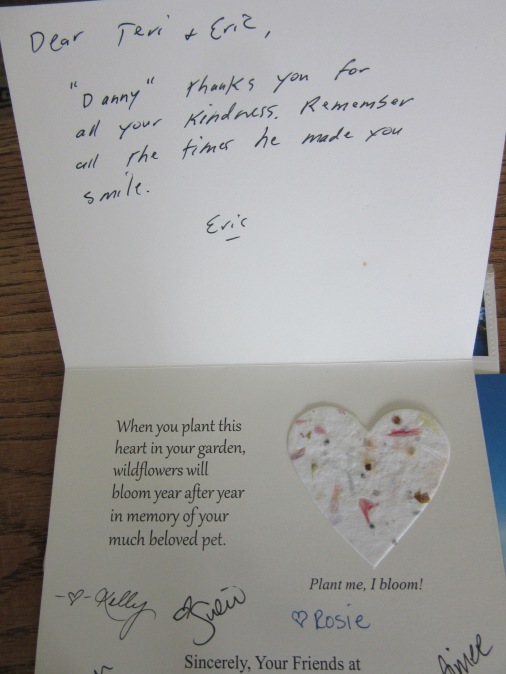 Among other mail, we received a sympathy card from the veterinary hospital. The vet had written a personal note and all the staff had signed it. I was very touched by the card, especially since the evening Danny was put to sleep was the first and only time we had gone to this vet. I cried when I read it.

Included with the card was an insert saying that in May the veterinary hospital “will hold it’s annual Lost But Not Forgotten Pet Memorial service. You will receive a formal invitation as the date approaches. We invite you to submit a photo of your beloved pet as well as a special story. We will include that in our Photo Remembrance book that we put together each year in order to remember those pets that were so dear to our hearts. We are here for you during this time of loss.” I really like this veterinary hospital.

This morning a pileated woodpecker visited our suet feeder. They are the biggest of the woodpeckers. They are amazing birds and I’m always thrilled when I see them.

I have found 3 or 4 dead birds that our sweet feline serial killer, Miss Madeline Meadow has killed. One was a downy woodpecker and the others were chickadees. So yesterday I put chicken fencing around the deck where the bird feeders are. It’s only two feet high, but I’m hoping Madeline won’t feel any inclination to jump over it. At the very least, I’m hoping that jumping over the fence will announce her presence and slow her down  so the birds have a chance to escape. We shall see how it goes. I love the birds and don’t want to lose the pleasure of watching them, but neither do I want to lure birds to their deaths.

Meanwhile, Josette is a real sweetheart. She always accompanies me when I care for the ducks. She even braved the snow to join me today. I took this video of her:

The chickens tend to stay in the coop when the weather is bad. I think the ducks stay in their coop until they hear me coming. Then they all come waddling out to greet me. I love the photo of one of the ducks that I shared at the top of this post. I think it looks magical.

JJ has decided to look for a different security job because of the behavior of the new guy, who was hired in with higher rank than JJ so he’s technically one of JJ’s supervisors. A news article from 2009 reported that this guy was “charged with first-degree criminal sexual conduct after an alleged assault on a male victim in his home. The victim didn’t show up to the preliminary examination, so the charge was dismissed but the charge could be reissued if the alleged victim cooperates.”  There are many reasons victims decide not to seek justice–many times they cannot endure the trauma of a trial. Also although the charge was from 2009, sexual predators rarely (if ever) change their ways. JJ really enjoyed the security guard work and he was very good at it. In fact, a couple of days ago he heard two of his immediate superiors discussing that he was excellent at his job and “took to it like a duck to water.”  However, because of the seriousness of the charge and the guy’s inappropriate behavior towards him, JJ doesn’t feel comfortable working with him and he does not feel that this guy should be working in a security job in which he is responsible for public safety. Although JJ’s co-workers supported him, the director decided not to fire the guy. It’s not a good situation (I am not sharing many details) so JJ is looking for a different security job. JJ really stands firm when it comes to things like this. I’m proud of him for putting the safety of others above his job.

← Murdick’s and the Mall
Drinking Coffee On A Snowy Morning →

4 Comments on “Winter Has Arrived!”