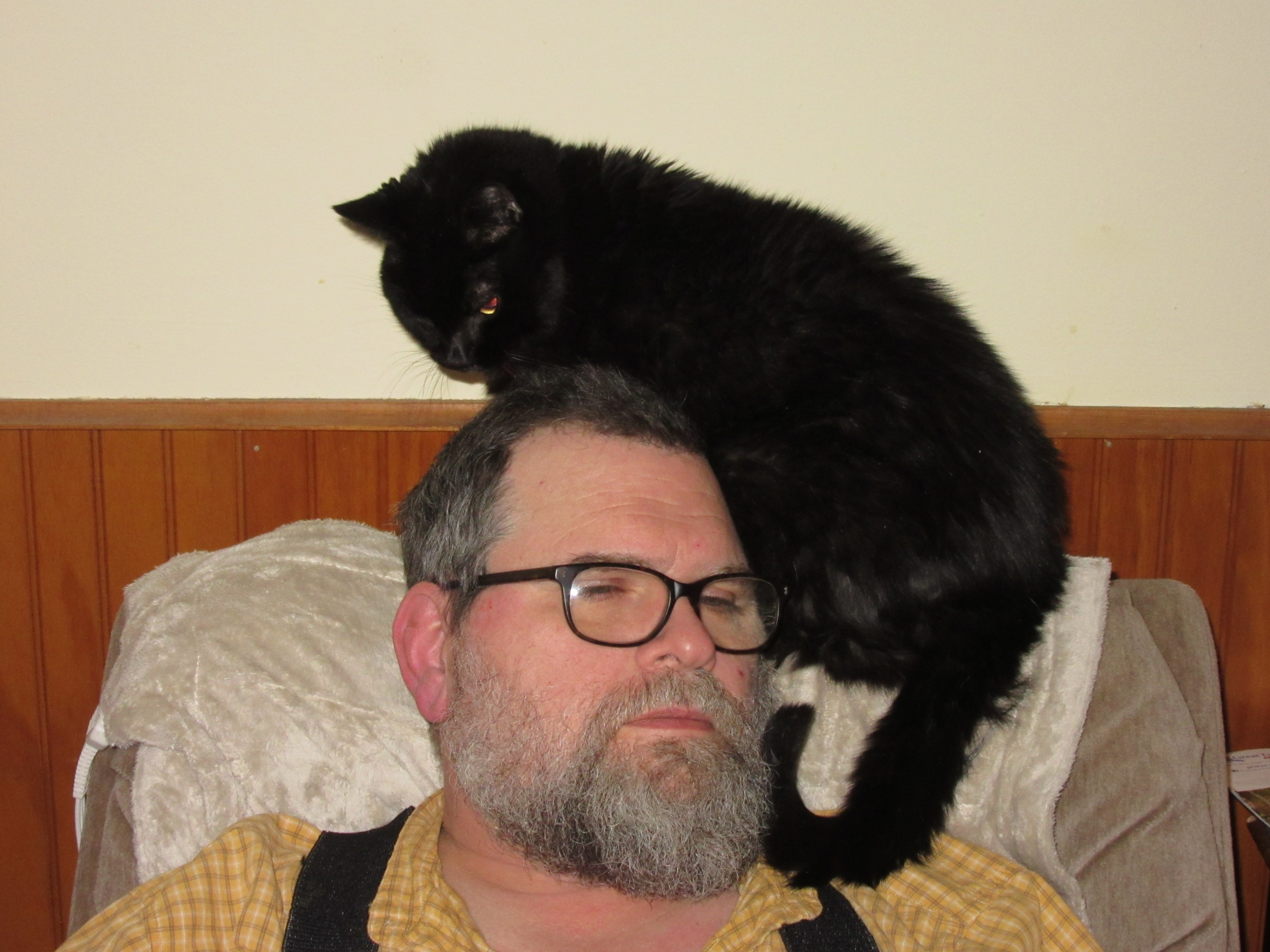 It has been a long time since I have posted. As 2018 draws to a close, I thought it would be a good time to update you all on the ending of our year. I’m not sorry that 2018 is ending because it has been a difficult year for us. At the same time, I’m not sure I’m eager for a new year to begin because there are still challenges and uncertainties ahead of us.

I spent most of November and much of December crocheting cute toys that people had ordered. I made seven dragons, two unicorns, two rabbits, five crown ear warmers, and a cat, a goblin, a Loch Ness monster,  a reindeer, a teddy bear, and a mermaid.  I also made two cute animal toilet paper roll holders and a pair of dragon gloves. So, you see, I kept very busy. Once the orders were completed, I began working on another dragon, a Torch Lake Monster, and a Winter Dragon. All these items are listed at my Etsy store–or will be soon. 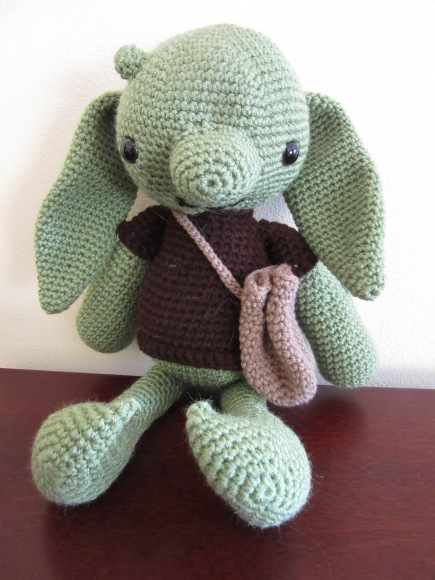 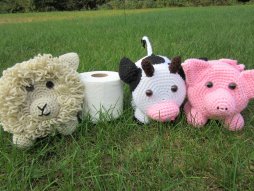 In addition to crocheting, we have been running to medical appointments to try to figure out why EJ has been having mini-strokes. EJ had a medical test to check out his heart and then an appointment with a heart doctor on Wed. The doctor told him that his heart is good (I KNEW he has a good heart! 😍) and he thinks that EJ needs to see a neurologist instead because of the problems he is having with his memory. However, I’m not sure we will be able to afford more testing at this point. One good thing about me falling and breaking my wrist last January is that our insurance deductible was met so the insurance covered most of the cost of EJ’s procedures. But with the new year, the deductible resets and we will have to find cheaper insurance than COBRA.

After the holidays are over, EJ will start looking for a job. He is struggling with what sort of job he can do. I will look for a job too to help out. I haven’t worked outside the home since I was pregnant with JJ, so I’m rather apprehensive about it. I would love if my Etsy store business provided enough so I could work from home, but that is not likely.

A couple of weeks ago our cat Kee-Kee died. It was not unexpected because he was old and had been slowing down in the last year, but it was still difficult to lose him because he was a very sweet, loving cat. In his final days, I made him a bed in our large bath tub and he just slept his life away.

We also lost our cat, Luke, but in a different way. Through a series of unforeseen events, we found a new home for him. It is kind of sad to lose him, but Luke had a few health issues and I think his new owner will be able to deal with them better than we can right now. We had asked JJ if he wanted him because JJ had always been Luke’s favorite human, but he had said no–and he had not paid much attention to him in the last few  years anyway–so I think this was the best option and we feel relieved that it worked out this way. EJ kept exclaiming, “It’s a Christmas miracle!” that Luke found a new home. Now we only have two indoor cats (Little Bear and Timmy) and two outdoor cats (Madeline and Annie), which will help with costs.

In addition to all this, we had a real struggle with an abusive relative. I don’t want to go into detail but I will say that abusers tend to target very empathetic people because these people tend to be very conscientious, generous, compassionate, loving, and forgiving, and work very hard to heal wounded people and broken relationships. By the time they recognize that they are in a toxic relationship, the abuser has sucked away all their emotional, physical, financial, and spiritual resources and strength and they have nothing left to give. At that point, the abuser dumps them and moves on to a new victim.

Not only that, but abusers do not abuse in a vacuum. Through deceit and manipulation, they deceive and pull in other family members, friends, acquaintances, and bystanders, smearing the reputation of their victims in an attempt to punish and isolate them, forcing people into taking sides, ripping apart relationships. In the process, the victim experiences condemnation from many people who believe and side with the abuser. Both EJ and I come from large families so there are a lot of people to ally with the abusers. I think abusers are like black holes that suck in everything around them, ripping everything apart, and leaving wreckage behind.

Most people do not understand the dynamics of abuse and abusers are typically so skilled at deception and manipulation that they can easily make people believe that the victim is at fault. For example, I once heard my Mom deliberately plan to write a letter to one of my sisters making her broken foot appear to be possible cancer to “see if she cares.” The scary thing is that my Mom told no outright lies but by what she said and didn’t say, she deceived. Later, another sister occasionally called me to inform me that our Mom was having unnamed medical tests for an unnamed condition that might possibly be serious. I was placed in a dilemma of either responding, knowing it was likely all manipulative lies, and being pulled back into the abuse cycle (called “hoovering”) or ignoring it and being accused of not caring about our Mom.  Either way, I would lose. Another relative would do mean, nasty things in secret, and then express a desire to work things out. If we said, “No more!” the abusive person could announce, “I tried to work things out and they refused.” Many nice people reach out during holidays, of course, but abusers also contact their victims during the holidays, sending cards, etc., because they know this is a vulnerable time for them, a time when they are longing for family connections. (See the article,
I Don’t Want Your Christmas Cards – A Victim’s Response to an Abuser Ally.) These tactics are truly crazy-making and damaging. No matter what you do, it’s used against you. How many times must a person go through the abusive cycle before they have had enough, before the damage has become so intolerable that they can endure no more? Here is a true story that Jeff Crippen, a pastor and abuse advocate, told at his blog about a similar tactic:

Irene had been in couples counseling for about 6 months with her husband, Quentin, when one day the therapist decided it was time to get the ball rolling. He said, ‘These sessions have gradually stopped going anywhere, and I think I know why. Irene, you’re not opening up very much, and I think you need to take more emotional risks,’ Irene felt that the therapist was right; she had in fact been exposing very little week to week. So she decided to take the plunge. She told the therapist about Quentin’s abuse of her, which included considerable physical violence and the downward emotional spiral she had been in as a result. Quentin appeared moved and shaken, his eyes reddening as if he might cry at any moment. ‘I have really been in denial about my violence.’ he told the therapist, ‘and I haven’t been facing how badly it has been affecting Irene.’ The therapist felt that a crucial barrier to progress had been overcome. ‘Now,’ he declared, ‘I think your couples work can begin to yield results for you.’ On the drive home from the session, Quentin kept one hand on the steering wheel. In the other hand, he clutched a large handful of Irene’s hair as he repeatedly slammed her head into the dashboard, screaming, ‘I told you to never (obscenity) talk to anyone about that, you ….! You promised me! You are a liar!’ And similar insults in a nonstop rant.

Do you think Irene would share again in the counseling session? And undoubtedly the counselor would reprimand her for not opening up…like Quentin did. Trust me, Quentin will be viewed as the person who is trying to work on the issues and save the marriage, while Irene is seen as uncooperative and difficult. Most abusers cultivate a charming, caring, good persona to hide the abuse they are doing in secret.

Anyway, I’ve only shared some of the struggles we have had with a few very close friends over the years because it’s humiliating and tiring to try to explain abuse, to have to justify walking away from abusers, and to hear the abusers defended. But after EJ lost his job, we had some unpleasant interactions with our abusive relative who became enraged when we tried to set a couple of small boundaries (i.e., asking for no visits because EJ needed to reduce stress to get his blood pressure down, and asking for postage–because we currently have no income–to forward important items). This person becomes enraged whenever we have a request or set a boundary, no matter how small, or if we don’t immediately jump to fulfill their demands. So the relative got extremely angry with us and threatened us. We have struggled to unconditionally love, be patient with, forgive, explain, set boundaries/consequences, and confront the abusive behavior but it has only grown worse and worse. This person is very self-centered with little empathy and no remorse.

I finally shared what was happening to a private prayer group at FB, made up mostly of friends. I had not shared any details with them before. I was astounded by their outpouring of love and support. At their recommendation, EJ and I went and talked to a domestic abuse advocate who told us that she believed our story and would support us. There is nothing “official” we can do to protect ourselves but she advised that we no longer help this person in any way, and that we block their social media, mail, and calls–which we did. It helped to have her support because abusers and their allies have taught me to second-guess and blame myself. I told the advocate that we would not have tolerated such behavior from strangers, but it is very difficult to deal with when it involves family. She understood.

All of this–the abusive relative, EJ’s health issues, the uncertainties about our future, the loss of our cats–have made the last couple of months very difficult. We have had days when we did ok, but we have also had dark days when we felt extremely depressed and paralyzed about what to do next. However, EJ was able to get several medical tests done, Kee-Kee died peacefully, Luke has a good home, our abusive relatives are gradually exiting our lives, our printer died but we were able to get another with the Amazon gift card a friend sent us, so far the winter has been mild so we haven’t had to snowblow (in fact, today it is raining and the snow has disappeared), and who knows what the future will bring?