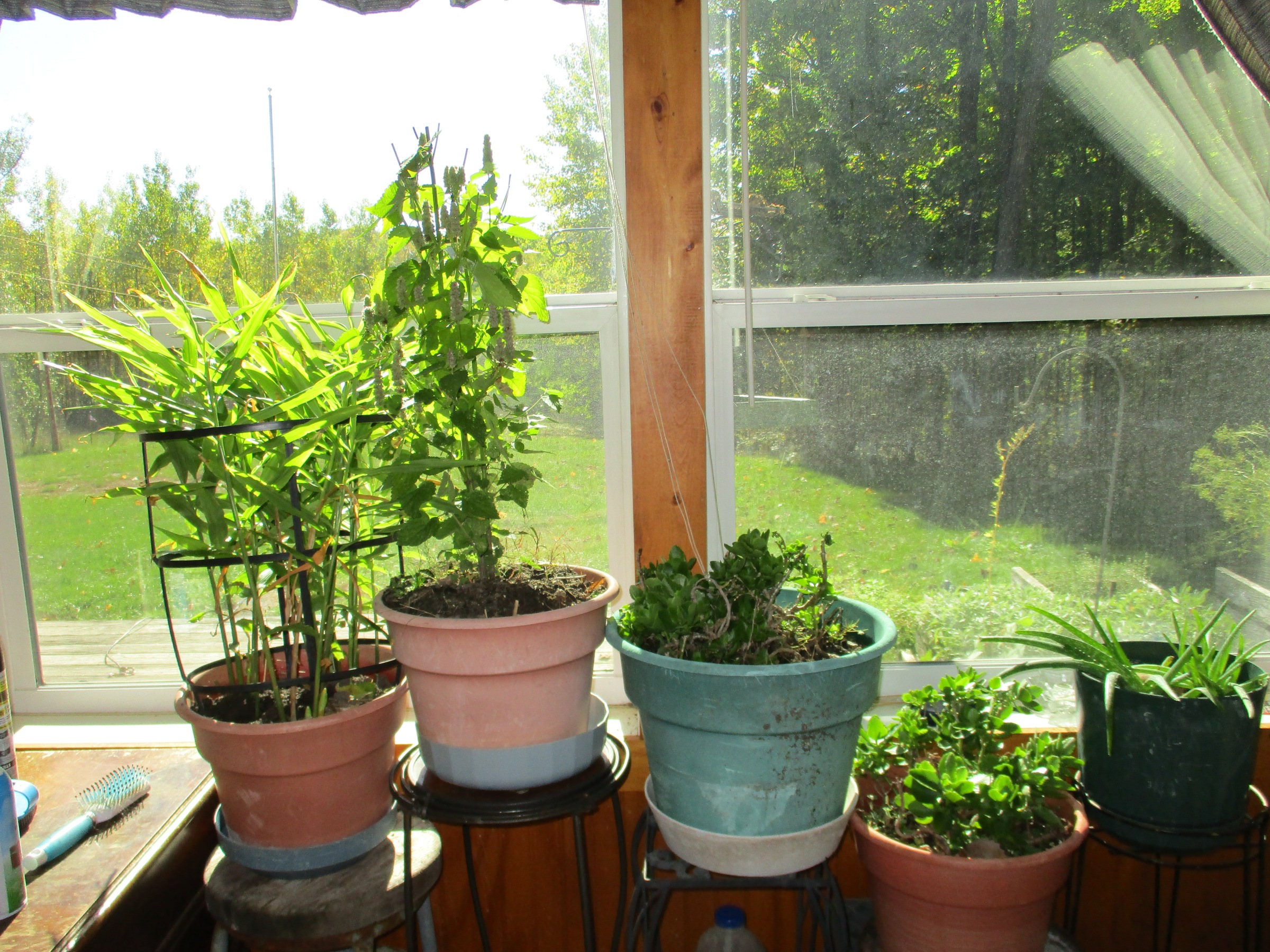 I titled my last post “Surprised by September” but it appears that this year I have also been surprised by October. The month is nearing its end and I am just now writing an October post. I am really beginning to wonder at the characteristics of time. It really does seem to go faster and faster as a person ages. How weird is that?

I celebrated my birthday in early October. Next year my personal odometer will roll over to a new decade. I swear that yesterday I was in my teens. I blinked and now look at me! I have more years behind me than left ahead of me. How did that happen? Time is weird.

Every year in the autumn, EJ and I play a game in which we try to endure as long as possible before we turn on the furnace. I am always the one who gives in and turns it on–usually in late September. This year the temperature has remained relatively warm so that we have not yet turned the furnace on. Although I do confess that a couple of days ago I got out our little space heater to take the chill from the house when I woke up in the morning to temps in the 30s. I wonder if we can last until November before we turn the furnace on?

Supposedly, we are in–or past–the time when the autumn colors are at their most beautiful. This year the leaves were not as colorful as in previous years. They have remained mostly green instead of vivid yellows, oranges, and reds. The leaves are already beginning to fall; I can see deeper into the forest.

Our garden harvest is slowing down. Our corn harvest sucked because of our poor soil–and because of the raccoons who stole the few ears that did grow. We didn’t have as many peas as I wanted because after I injured my foot, I couldn’t get out to harvest them in time. However, our green beans did wonderfully. I have a freezer full of them. I joked to EJ that we will have to have green beans every day in order to eat them all before next year’s harvest. We also had a good crop of cucumbers, which I used to make multiple batches of Kimchee. As always, we had a good crop of bell and hot peppers, which I freeze or dry according to their kind. EJ still has cabbage and potatoes growing.

And, of course, my herbs did well. I’ve spent many days harvesting, and preparing, and drying herbs. Some I use for cooking and others I used for hot teas. Many of the herbs are medicinal. I would like to learn more about this aspect of them. EJ bought me some index cards on which I can write the herbs and their uses so I won’t have to keep looking them up in books or on the Internet.

This year we were able to grow more sunflowers than in previous years. Last year I planted most of my sunflower seeds along the outside of the garden fence, but the deer came along and at them all. This year we planted all of them INSIDE the fence, but we did not have the space to plant as many as I would have liked. If we don’t plant corn next year, I will have more space for sunflowers. Besides the fact that they are beautiful cheerful flowers, I want to be able to grow enough sunflowers so I don’t have to buy seeds for the wild birds. Whenever I harvest the sunflowers, I feel like the Queen of Hearts from Alice in Wonderland. “Off with their heads!” I think to myself as I sever the seed heads from the stalks. I bring the heads inside, tie strings around them, and hang them to dry from hooks in the pantry or entrance hall. Once they are dry, I cut them down and remove the seeds from the heads. I have a large jar of seeds for the birds, but I saved a smaller jar of seeds to plant next year.

Each year when warm weather arrives, I take all my house plants to the deck outside–except those too big and heavy to move. When the weather cools in the autumn, I bring them all back inside. Although the temperatures are still somewhat warm, we lugged the plants inside last Sunday. I also potted and brought in the hyssop I planted last summer, and EJ brought in pepper plants from his garden. Last year, as an experiment, EJ brought in two pepper plants. He used a small paintbrush to pollinate them and we had peppers growing all winter. It works so well that this year he brought in four pepper plants.

My injured foot has mostly healed. I am able to wear my own shoes and walk without a limp, although I am aware of a tinge of soreness now and then. However, if I am not careful…Yesterday I carried our patio table from the deck to the covered front porch where we store it during the winter. It wasn’t heavy, but I couldn’t see where I was going. I forgot that we had large rocks bordering our flower garden and I tripped over one, the table fell on its side, and I fell partially on the table and partially in the dirt. Now I am painfully bruised. I’m surprised that I didn’t break any bones. I swear that I shouldn’t be left outside unattended.

← Surprised By September
The First of November →