The Alien Among Us 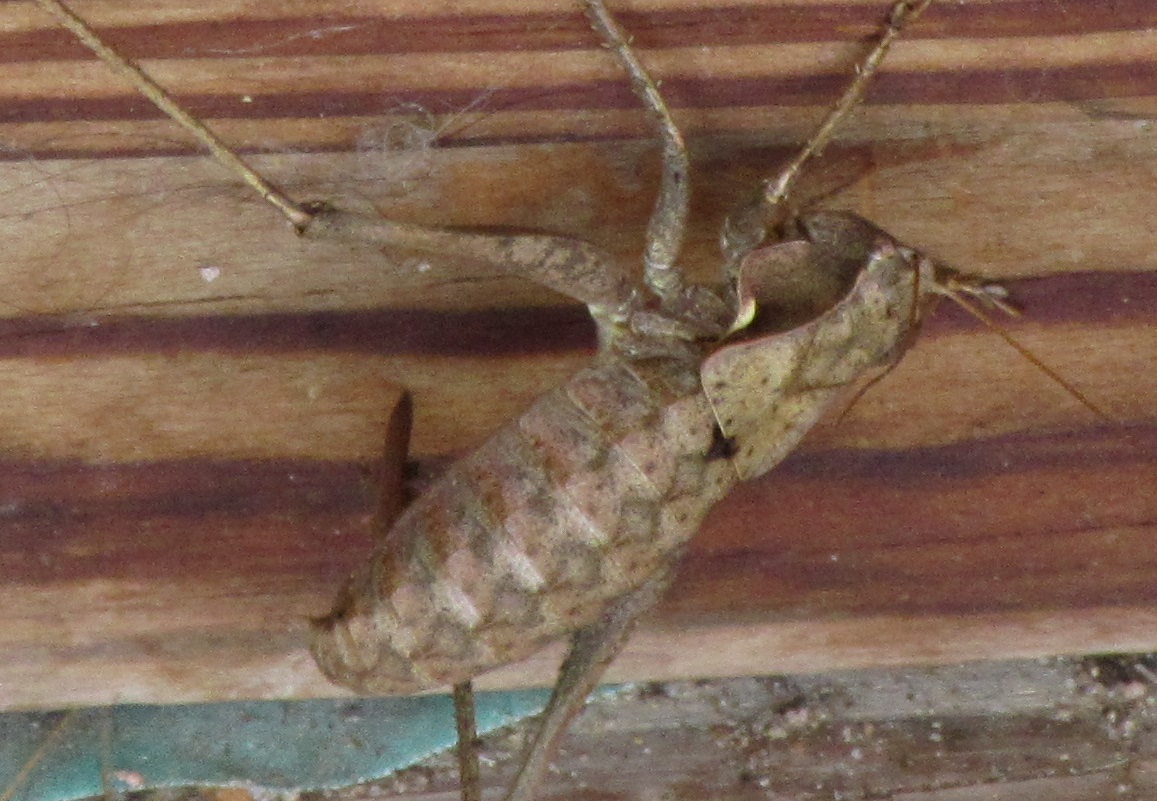 It’s a rainy day. The National Weather Service warned that we could have scattered thunderstorms and 1-3 inches of rain–or even more in some areas. For several hours this morning we just had a steady light rain and then the rain stopped. I think the heavier rain/storms might come later in the afternoon.

I don’t mind the rain. Our soil is mostly sand, which is very good for drainage but which doesn’t hold in moisture. This means that the ground quickly dries out and the plants get thirsty. So rain is good.

EJ continues to work on organizing the garage. When we emptied the garage and basement of the old house, everything was shoved into the garage of the new house so there is a lot to sort through and organize. Mostly he works on it during the weekends because he’s been working late each night. Plus, he has to work around his back pain flare-ups, which has been particularly bad this year. It’s going to be a summer-long project to organize the garage, but we see improvement each time EJ works on it. I help him a little bit here and there, but it’s at a stage where there’s not really all that much that I can do. EJ has been loading up the Suburban with stuff to throw in the dumpster at work. His company maintains a dumpster for their employees, where they can dump personal garbage, trash, and junk at no cost.

I haven’t done much beyond my normal chores this week because I’ve been struggling with back pain. I don’t often have back aches, but when I do, I always think that EJ has to endure much worse than this every day, and I have great empathy for him. I think my back pain is caused by stress. We’ve had a few stressful situations lately, including JJ’s visit with his oncology at the end of this month when we will find out if his cancer has returned. Medical appointments always increases JJ’s stress/anxiety. JJ doesn’t really handle stress well, which affects all of us as well. I find that my body reacts more quickly and strongly to even low-level stress than it used to.

One of the ways that I deal with stress is to enjoy the beauty around me–much easier to do in Northern Michigan where we are surrounded by so much natural beauty. I have been on the lookout for birds, butterflies/moths, and wildflowers  in our Enchanted Forest, taking photos of them, and then trying to identify and learn about them. It’s fun.

I also am on the lookout for creepy-crawlies and seeking to learn about them. It is probably no surprise, but I despise bugs, especially if they are scary-looking, or are on me, or are in my house. However, if they are not in (or near) my personal space, I think they are quite fascinating.

When JJ was a young child, I didn’t want him to develop a fear of insects so I took him and the visiting neighbor kids on “bug hunts” to find and marvel over interesting bugs we found. If any of the kids found an interesting bug, they’d let me know and we would go look at it. None of the kids knew that I hated bugs until one day one of the children pointed at me and told me that there was a bug on me. I went into a freaking out, “get it off, get it off” dance. When I stopped, I glanced up at the kids and they were all staring at me with their mouths gaping open in shock. The jig was up. I believe we still looked at interesting insects, but my deep secret was exposed.

A couple of days ago I was coming back into the house after hanging a load of laundry on the clothesline when I saw a huge bug on the porch under the front door. I thought it was a spider at first, and I gasped that they were getting bigger and uglier all the time. I went around to the other door, and then came out with my camera and the mega container of bug spray EJ had bought me. I had to first insert the sprayer through the lid first. I went around to the porch and took a photo of the bug–which I saw wasn’t a spider but was still ugly–and then I tried to kill it. Only I pulled the trigger repeatedly and couldn’t get anything to spray out. So I screw off the lid and tried to splash the bug, only I didn’t want to get too close so I kept missing. I didn’t want to try to kill it with a shoe or rock because it was HUGE and the thought of all its guts squishing out nauseated me. Besides, if I missed, it might come after me. I finally gave up, and later when I went outside to look, the bug was gone.

With the threat gone (or hidden), my curiosity was stirred and I began to try to identify the insect. I wanted to know what it was. It could be a very nice scary bug or it could be a brain-sucking alien. It’s good to know what is in the forest. I emailed a photo to the etymologist at the Michigan State University Extension Office. I also joined several insect identifying groups at Facebook.  The bug guy at MSU replied that he didn’t know what species it was. (I knew it! It’s a strange brain-sucking alien!)  However, someone at a FB group identified it as an American Shieldback (Atlanticus Americanus). So, apparently, it’s not evil at all.

I have made a new album for bugs that I find on our property. I will try not to be so trigger-happy–although I promise nothing regarding spiders.

← Spider-Buster
The Flock, the Toad, and 3 Pairs of Jeans →