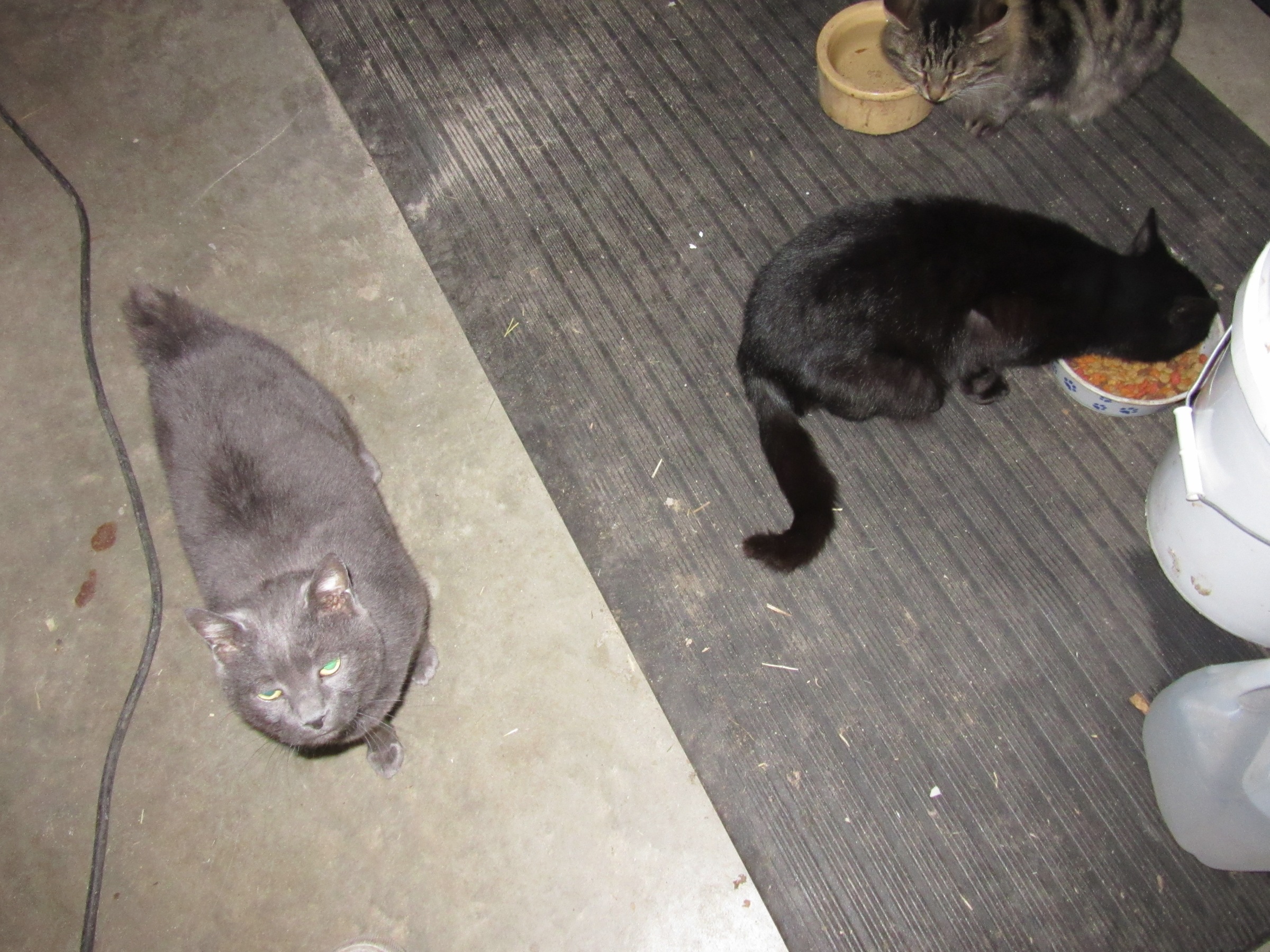 The previous owner of our new cat, Josette, had told us that she had been litter trained when she was younger, but she had been living in their barn for at least a year. I had originally decided to adopt Josette because 1. she’s black and I love black cats, 2. it’s Halloween and black cats are at risk during this time, and 3. she was a barn cat and would provide companionship for Annie and Madeline. But when the the owner kept saying that she thought Josette wanted to be an inside cat because she kept coming into the house through their dog’s pet door (probably because she was scared of whatever wild animal had moved into the barn), I thought we’d give Josette a chance to be an inside cat. She really is a very affectionate cat.

However, Josette wouldn’t use the litter box. And she kept jumping onto the counter and licking the dirty dishes next to the sink. Worse yet, she insisted on jumping onto the table and eating off the plates we were eating from! We would put her down and she would jump back onto the table. How rude! I think that living in the barn, Josette had forgotten how to act among civilized folk. So we decided that she was better suited for the garage.

I planned to shut her into the garage for a few days. I wanted to give her a few days to learn that THIS is her home, and I wanted to make sure she was kept safe during Halloween, and I wanted to give Annie, Madeline, and Josette time to adjust to each other. However, I couldn’t close the pet door until both Annie and Madeline were in the garage. Annie spends a lot of time in the garage during these rainy, cold days, but Madeline loves to roam. I kept checking last night, but Madeline didn’t return to the garage before I finally went to bed so I shut Josette into the bathroom with food, water, and a litter box (which she used only once). This morning Madeline was not out in the garage when I went out to feed the cats, and she still hadn’t returned when I finished caring for the ducks and chickens. She finally showed up just before 8 a.m., so I quickly blocked the pet door. Then I brought Josette out into the garage.

I checked on the garage cats several times throughout the day to see how they were doing. As soon as I came out, they all three came running for some lovings, which I generously gave to each of them. I noticed a tiny bit of hissing, but far less intense and much more infrequent than among the cats in the house. I think Josette is much happier in the garage. Some cats just prefer the wild life. The inside pets are much calmer without that “strange” uncivilized barn cat disrupting their comfy life.

This morning the propane truck came and filled our tank. It’s a very comforting feeling to enter winter with a full tank of propane. It was also a relief that the cost was far less than I feared. I’m still getting used to the “propane life.”

Speaking of weather: It was rather freaky today. EJ and JJ were both in the same city–EJ at work and JJ at college. They both said it rained hard and there was lots of hail and graupel. According to Inverse.com, Graupel, also known as soft hail or snow pellets, forms when snowflakes encounter tiny droplets of supercooled water as they fall. This water immediately freezes and binds to the flake, and if this happens enough times, it stops looking like a snowflake and starts to look like a tiny, squishy snow ball.

I didn’t see any hail or graupel. Instead, it was damp and rainy in our Enchanted Forest. However, tonight’s radar shows snow very close to us. The weather forecast says we have a 80% chance of precipitation tonight and tomorrow we have a chance of rain and snow showers. Wintry weather is moving into our area!

4 Comments on “The Garage Cats”