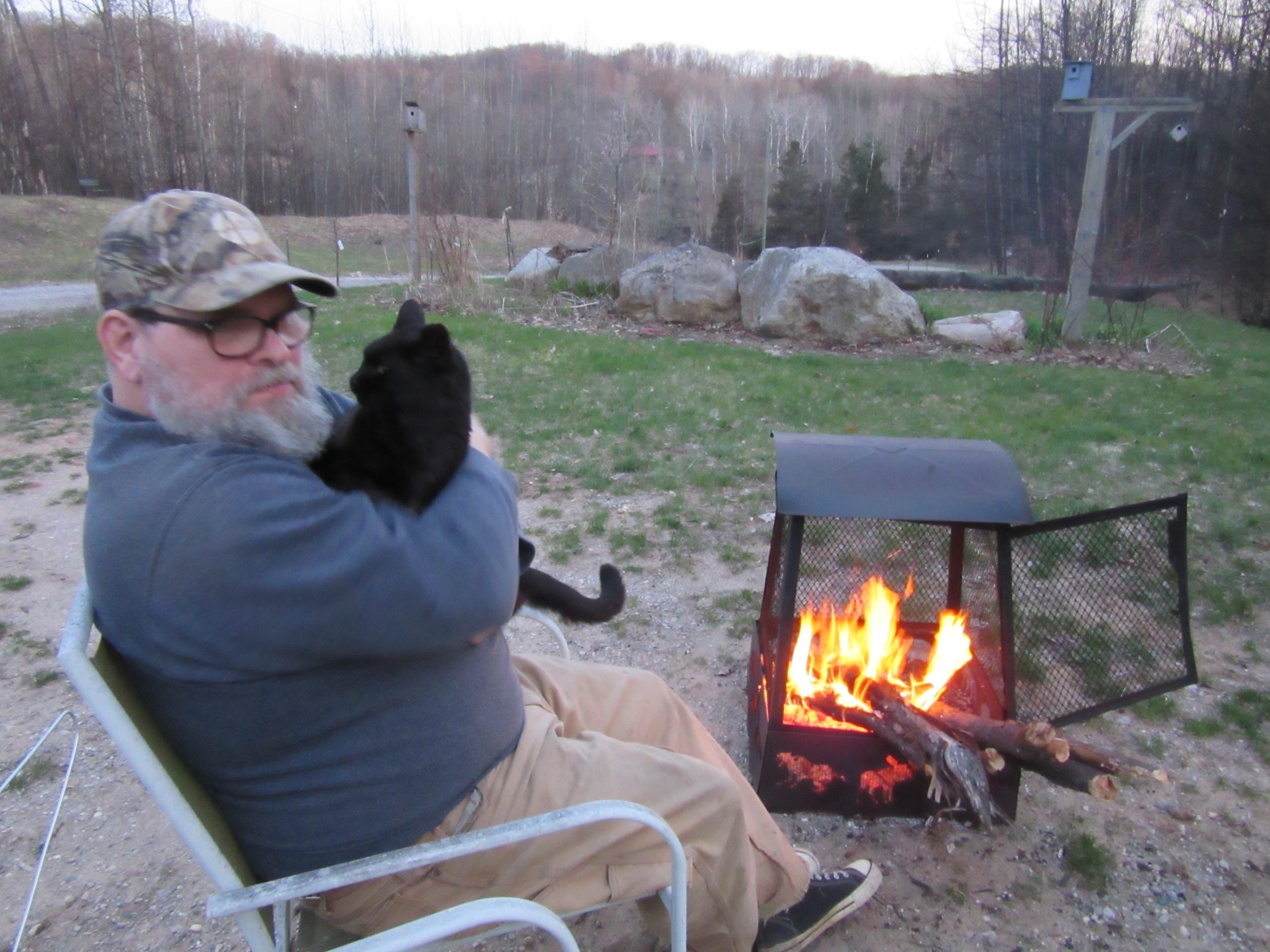 During the week, I get up when EJ does. While he gets ready for work, I feed Hannah, who gobbles down her food in a flash. Then I take her outside to “do her business.” After that, I feed in the inside cats and continue into the garage to feed the outside cats. I go through the garage back door to care for the ducks and chickens, which involves filling the drinking buckets and the duck pool, opening the small duck and chicken doors, and making sure they all have food.

Thursday morning I fed Hannah and took her outside as usual. As we stepped back on the porch to go into the house, I spotted a HUGE wolf spider at the corner of the door. It was not as big as Shelob, the monster I discovered in our back yard last summer, but it was still very big. I obviously had walked over it on my way outside with Hannah [shudder], but I was not going to walk over it now that I knew it was there. If I opened the door, it could easily drop into the house. I pulled Hannah over to the deck and I knocked on the door opening into the living room. I had neglected to take my keys with me. EJ let me in, and I explained about the HUGE wolf spider. He did not appreciate the horror of it. I grabbed my can of Raid spider killer, which was almost empty, and sprayed and sprayed it until it was dead.

Later in the day I went to get groceries at our local grocery store. I made sure to find the aisle of death where all the creepy crawly sprays are. I was horrified that there was no spider spray on the shelf, but fortunately an employee was filling empty shelves with new supplies and she had a box full of spider spray. Whew. I also bought a can of ant spray because sometimes ants get the house. I told the employee that NOW I am ready for warm weather!

I have been noticing that our male duck, Cuddles, doesn’t seem to be acting like his old self. He had really loved Esther, so I wonder if he is still grieving her death a month or so ago. We got Esther from EJ’s sister. She was an older duck who was lame. I’m sure she died of old age. Once we brought her home, Cuddles had eyes only for her and spent all his time with her. Now he’s just kind of hanging out by himself and isn’t interested in the other females.

Yesterday was quite raining. Rainy days make me feel cozy and unmotivated. It didn’t help that I hadn’t slept well the night before so I was very tired. I did finally get myself going and got a few things done.

I haven’t seen the bluebirds in a couple of days, so I think they moved out of the birdhouse. I suspect that maybe the common grackles I saw in the area might have chased them out? I’m sorry the bluebirds aren’t there, but we still have chickadees in the birdhouse near the deck.

Today, Saturday, EJ and I had a quiet, restful day. We walked down to the mailbox with Hannah and then took a detour through the forest. EJ was hoping to find some morel mushrooms. He didn’t see any, but we did see some yellow trout lilies. I don’t know why they are called trout lilies, but they are very pretty. They are growing all through our forest.  Later I found some Dutchman’s Breeches. I think it’s the first time I’ve ever seen them outside of a photo so I was really excited. I knew immediately what they were because they look just like breeches. 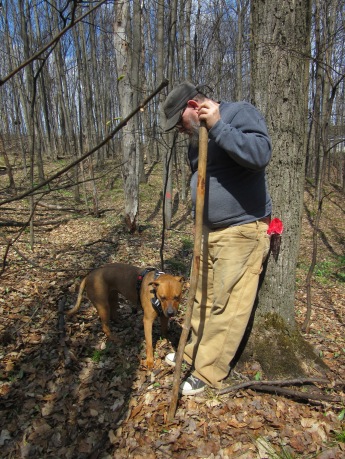 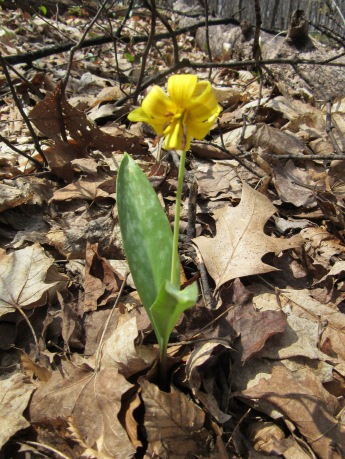 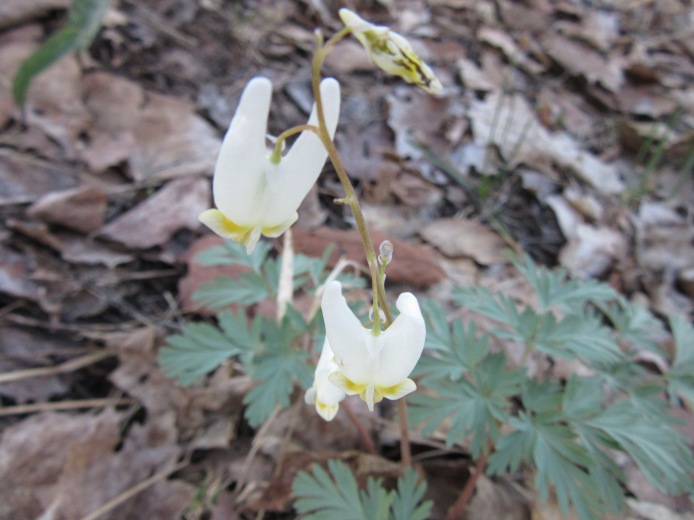 The weather was so beautiful that EJ and I decided to have a campfire–our first this year. EJ found branches and built the fire while I made popcorn. We sat and talked around the warm fire while the night grew dark and the air grew chilly. There were billions of stars glittering in the sky. Some shone through the branches of the trees like Christmas tree lights. EJ saw several meteorites, but I always seemed to be looking the wrong way. Our cat Josette and stayed with us until our fire died and we went into the house. 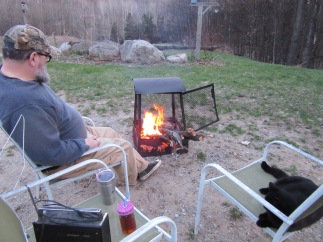 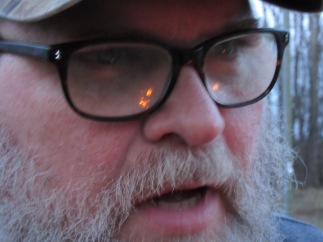 14 Comments on “May Days…and Nights”