Today was another beautiful sunny day. Because of the lack of rain, we have “Extreme Fire Danger” warnings in our area. I hope we start getting rain soon–mostly because of the thirsty plants, of course, but also because we can’t risk having weekend campfires with it so dry.  We really love sitting around the fire but the last thing we want is to start a forest fire.

I didn’t sleep well last night. I actually haven’t slept consistently well since JJ had cancer. I sleep ok for a few days and then have a night of poor sleep. It kind of sucks. But it is what it is.

I think I finally fell asleep sometime after 1 a.m.–or was it 2 a.m.? During the week, my alarm goes off at 6 a.m., which is the time EJ needs to get up for work, although often he wakes up earlier. This morning I stumbled out of bed and took care of all the animals, each according to their needs.

After letting the ducks and chickens out of their coop, I turned on the backyard garden hose, then turned on the front yard hose, and took Hannah outside. Since we have extended our front yard hose by 50 feet, the sprinkler was able to reach the evergreen trees we planted. I had to do a bit of adjusting to get it just right. I snaked the hose down the hill, being careful not to crush any of the milkweed plants which are the only plant that Monarch Butterflies lay their eggs on. When the eggs hatch, the caterpillars eat the milkweed. Milkweed plants are diminishing so we try to encourage their growth. I didn’t crushed any milkweed, but it was difficult so I think tomorrow I will try pulling the hose along the side of the driveway instead.

Once the sprinklers were going, I came inside and relaxed. Then as soon as EJ left for work, I moved the backyard sprinkler from the garden to the potatoes, and I moved the front yard sprinklers to water some of the fruit trees. I came in, ate breakfast, then went out and turned off the backyard sprinkler and moved the front yard sprinkler to another section of fruit trees. I have to move the long hose three times to water all the trees, then I move the lever from the long hose to the short hose to water the flower garden near the house. It takes me at least 2 hours, or maybe a little more, to get everything watered. It’s time consuming, but more thorough and less work than before we got the new hoses.

Later in the morning, I drove to Meijers and bought six more bags of organic garden soil. I wasn’t sure we needed that many, but I was told by the clerk last time I bought dirt that when they’ve sold the various times of soil, the store won’t order more until next year. The bags are very heavy–much heavier than the 50 lb bags of poultry feed we buy, but I manage to get them loaded in the shopping cart and then transferred to the Xterra. I didn’t take unload them when I got home.  I was too tired. I will unload it tomorrow.

It was lunchtime so I fixed myself a quick meal and then went out to work in the garden. EJ is going to put garden boxes on top of the dog house so I built a fence around the dog house to try to keep deer from whatever is planted in the boxes. Because of the way the dog house it built, and because I only had flimsy chicken wire to work with, it was very difficult to fashion the fence and it did not turn out as well as I wanted. I sort of corn-cobbled it together. Next year we want to extend the garden so we can grow things like corn. We will buy taller fencing to put around the perimeter of the garden to keep the deer out so my fencing just has to last through this summer.

After I finished the fencing, I got a short piece of wooden post and used it to level the box on the dog house.

I have given my neighbors descriptive nicknames. There is the “neighbor who lives on the hill on the other side of the road.” They go to Florida in the Winter. There is the “Orc Neighbors” where the forest is being cut down. They also live on the other side of the road. And then there is the “Vacationing Neighbors.” Their property borders ours and we share part of our driveway. Our 5 acre properties used to be one 10 acre property before it was split. We live on the top of the hill; their property is at the bottom. Our Vacationing Neighbor’s property is their vacation place. They live downstate and come up here only during the summer. They frequently are up here for the weekend and infrequently for a whole week. Usually when they are here on the weekends, they mow the lawn or cut down trees that have fallen during winter storms. 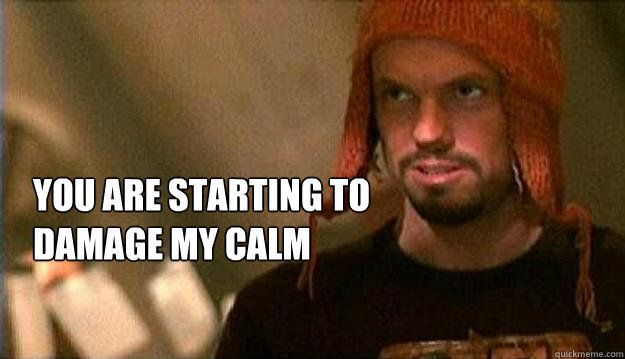 Anyway, early this morning the roar and beep of forest killing machines began at the Orc Neighbor’s place for another week of slaughter. They work all day long, from early morning until their work day is over at 5 p.m. I really hope they will not be working across the road all summer long. The hours and hours of noise is getting to me. I am refreshed by quiet nature sounds. If I wanted to listen to machines all day, I’d move to New York City. To quote a character from “Firefly,” one of my favorite TV series, the constant noise is “…Starting to damage my calm.”

At least the Orcs don’t work on the weekend. Except Saturday our Vacation Neighbor was in residence and I heard several hours of chain-sawing. Sigh. Sunday was quiet though.

For supper tonight, I made homemade pizza. It took me a long time of searching and trying out various pizza crust recipes until–a few years ago–I finally found an amazing recipe. I used canned tomato sauce and paste to make my pizza sauce, but I put fresh herbs from my garden in it.  Yum.

I usually eat at 5:30 p.m. if EJ isn’t home from work by then. He often has to work late. Poor guy. He is late tonight so after I ate, I fed Hannah. She waits until I tell her it’s ok to start eating and then she gobbles down her food. After she ate, she wanted to go out, so I walked her down the driveway in the now quiet forest. Hannah found a couple grasshoppers and ate them. I guess they were dessert? Yuck. Hannah eats just about everything she can find–although she’s not eating the June bugs that are dying on the porch.

← This and That and Thingmajigs
Showers of Blessing →

5 Comments on “Damaging My Calm”

“Just because you’re not doing what other people are doing, that doesn’t mean you’re failing or falling behind. You’re charting your own course and staying true to yourself, even though it would be easier to join the crowd. You’re creating a life you can fall in love with instead of falling in line. You’re finding […]