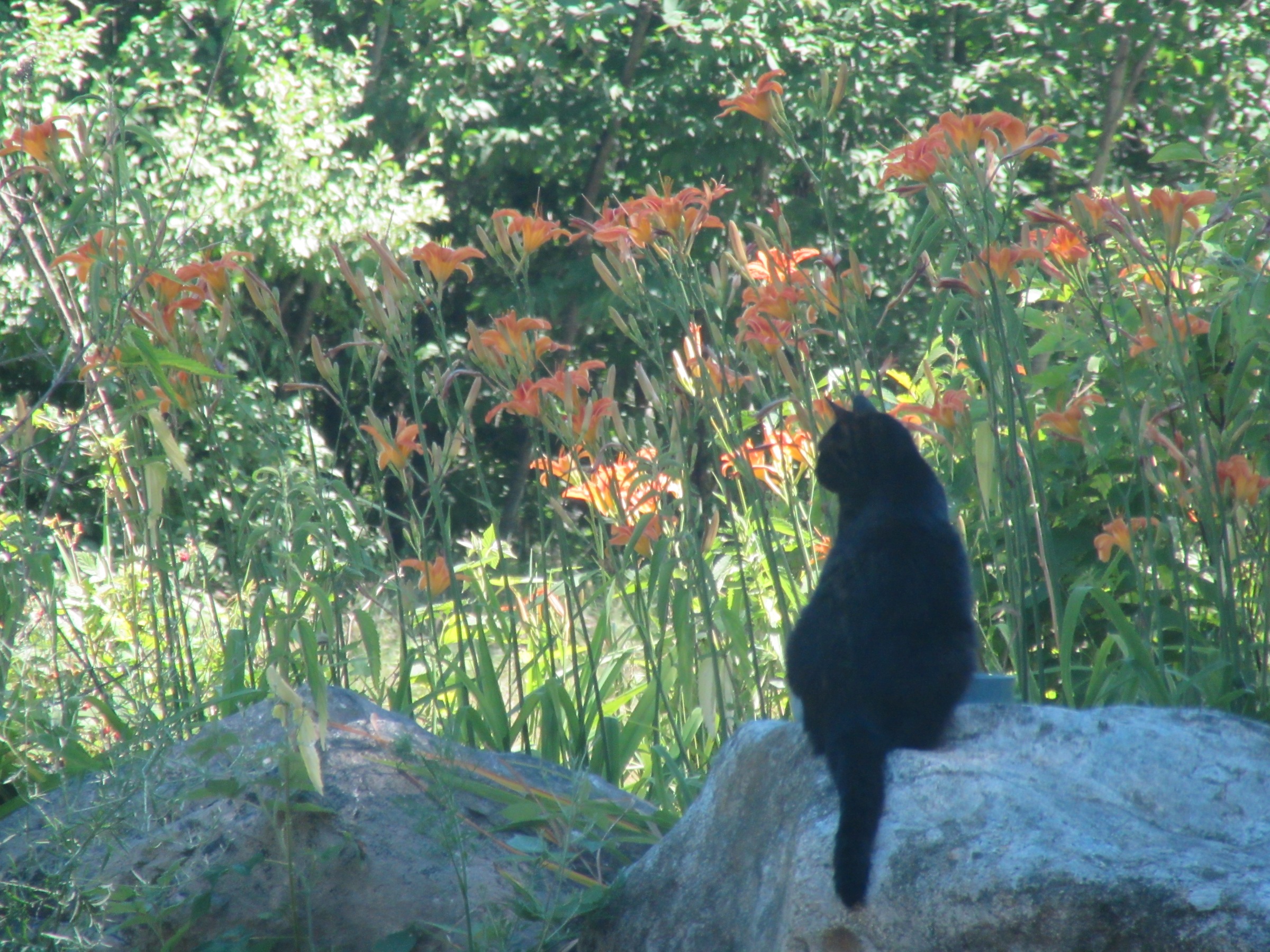 I didn’t sleep well Friday night–I only got about four hours of sleep–so I was tired all day Saturday. However, EJ and I still stayed up late last night to watch the Perseid meteorite shower, which occurs every August at this time. We dragged our lawn chairs out to the top of the driveway, leaned our heads back, and enjoyed the show. The sky was filled with billions of stars. I saw a large meteorite streak across the sky with a fiery tail behind it. EJ missed that one, but he saw other meteorites that I didn’t see–all it takes is glancing away from the sky for a second to miss them. We saw quite a few meteorites before we went to bed. While we were outside, we heard the coyotes howling. They sounded as if they were all around us. It’s rather spooky.

This morning we took the unused flooring back to Lowes for a refund. We got back over $200, which is not nothing. It was refunded on our Lowes credit card so it went towards paying off the cost of the flooring. Cool! Every little bit helps.

After we got back home, EJ and I decided to move our furniture back to the way it was before the new floor was installed. We really liked the new arrangement a lot–we enjoy changing things around every now and then. However, we couldn’t see as much of the view outside the window as we could before, and enjoying the beauty of our surroundings and the wildlife is a priority for us. We only made one small change: We switched our chairs so EJ is close to the window where I used to sit, and I am further away where he used to sit. He said, “I can see a little less here, but I can see it more clearly.” And I think I will be able to better see when the wildlife comes into the yard so I can take photos.

Usually our sweet cat Josette joins us whenever we go outside. She walks with us up and down the driveway, joins me when I hang clothes on the clothesline, and she follows us as we do our outside chores. I realized on Friday afternoon that even though I had been working on my enchanted sign outside for two days, I hadn’t seen Josette. That is just not her. I feared the worse. I thought sadly that maybe the coyotes or foxes had gotten her. I didn’t tell EJ that she was missing until Friday night because I knew it would make him very sad. Telling him on Friday evening would give him the weekend to grieve.

Most of our cats our inside cats. We realize that it’s a risk having outside cats, but each of the three outside cats are outside for a reason: Annie became an outside cat years ago when she peed on our couch. In fact, she peed on it several times before we discovered it. We forgive a lot of pet indiscretions, but peeing on the couch was not one of them. We were told by the county animal shelter that Miss Madeline Meadows, our serial killer cat, was very unhappy as an inside cat and needed to be a barn cat. Josette’s previous owner had told us that she had lived her life as a barn cat. We tried to bring Josette inside because she was such a sweet loving cat, but she didn’t understand the concept of a litter box.

This evening EJ and I walked down the driveway with Hannah. We could see her nose going sniffity, sniff, sniff. On the way back up the driveway, EJ told me to let Hannah follow the scent she was smelling–because she might lead us to Josette. So I did, and Hannah took us up toward the house and into the berry bushes…where we found poor Josette. I took Hannah into the house while EJ buried her. He put a large rock on her grave to keep the coyotes from digging up her body. He told me that he found no obvious signs of death–no bite marks or puncture wounds. We have no idea how she died. Sometimes life–or rather, death–sucks.