A Funny Type of Breed

I’ve been working on my rock dams this week. My goal is to take one wheelbarrow load–a light load–of potato stones down the driveway to rebuild the dams to stop erosion. Yesterday I actually did two loads. Today I didn’t want to do any but I forced myself to do one load. I started at the top of the driveway and I’m working my way down. I figure that it’s best to start at the top in order to slow the speed of the rainwater rushing down the hill. I figure that I’m about halfway down the driveway now. I thought I was halfway down the driveway yesterday too so it doesn’t feel like I’ve made much progress but I sort of suspect it’s like driving toward mountains that never seem to get closer even though they are. I was sort of hoping I could complete the dams before it begins to rain, although I had no desire to push myself hard. I figured I would get done what I get done, and any improvement is better than none.

It is a cloudy and cool 63 (F) degrees today, but I felt very warm as I worked. I think the humidity, which is at 69% today–I remembered to check–makes the coolness feel warmer. Later we are supposed to get some rain, and it will rain for the next few days. This is our forecast from the National Weather Service. As you can see, the days and nights are getting cooler.

I am really looking forward to the crisp and colorful autumn. I also love the beauty of winter and the fact that the birds, deer, and turkeys come close to the house to eat from the birdfeeders. Although, to be honest, I’m not exactly looking forward to snowblowing the driveway or the possibility of slipping on snow-covered ice and breaking bones.

Anyway, yesterday after I rebuilt rock dams, I started a whimsical project I’ve been planning. I got the first step done–painting primer on some wood. I was going to work on the next step today, but I had low energy today so I decided to put if off for another day or two.

In yesterday’s mail I received an “Explanation of Benefits for Dental Care” from Blue Cross Blue Shield of Michigan. It looked like they were denying the claim, which is reasonable since BCBSM is not our insurance provider. I figured that the dentist office must have submitted their charges to the wrong insurance company by mistake. But, even so, I didn’t sleep well because of the statement. It’s stupid, but ever since JJ had cancer, the slightest hiccup causes me sleepless nights. I think we got so physically, emotionally, and mentally exhausted by his cancer battle that we are having a hard time getting back our strength. It’s also possible that cancer drove home that bad things really can happen to us, and not just other people.

This morning I called the dentist office about the claim. The receptionist said that sometimes companies use a different insurance providers for medical and dental care, but she’d look into it. She called me a few minutes later and said, oops, BCBSM is not our insurance company, and she would resubmit charges to the correct company. With that problem taken care of, I went back to bed for some extra sleep. 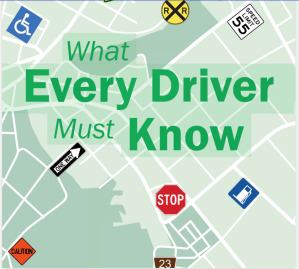 My birthday is in early October. Birthdays are the dates when people have to get their driver’s licenses renewed. In Michigan, we have to get our licenses renewed every four years. We can alternate renewing by mail with having to go to the Secretary of State’s (SOS) office–other states call it the Department of Motor Vehicles or DMV–to take a written driver’s test and have our photo updated.  Last time I was able to renew my driver’s license by mail so this time I have to go to the SOS for the written test. Although I’ve always passed the test–no problem–I didn’t know if I would remember the answers to the questions this time. I figured there must be on-line practice tests and, yup, I found one. I’ve been taking the tests every day or two to refresh my knowledge. I’m glad I am taking them because I got some of the questions wrong. It’s sort of like knowing exactly where a friend’s house is so you could drive right there without thinking, but not really knowing their actual mailing address. Like, I know to stop a distance from a school bus with flashing lights stopped along the road to pickup up/drop off children, but I couldn’t remember exactly how many feet from the bus to stop. I mean, I’m not out there measuring distances with a tape measure. And I didn’t know that “When you are driving on a freeway, the condition in which you feel that you are going slower than your actual speed” is known as velocitizing. I had never even heard the term velocitizing before. I can drive and understand the concept without knowing the word velocitizing. I did get that question right through process of elimination but I didn’t know the actual word. (In fact, my spell checker didn’t even recognize this word!) And then sometimes I know the answer to a question but I overthink it and then get it wrong. Ugh. I figure I will take the practice tests until I feel ready and then go take the real test. Then I won’t have to worry about taking another test for eight years.

Yesterday evening EJ and I were in the kitchen–I might have been finishing the dishes?–when I heard EJ shout, “No, Hannah! No!” He said that he had caught her with her paw and her snout in the pocket of the sweater I had draped over the chair. I often wear that sweater in the house, and Hannah has learned that I keep Kleenex in the pocket. She is addicting to eating Kleenex, paper towels, and toilet paper. Often I come into a room and find the sweater on the floor with the pockets wet (from her tongue) and empty. Hannah is a pick-pocket. Our vet told us to teach Hannah to not eat tissues, etc., by leaving them in various places and then commanding her not to touch them. Now Hannah waits until we aren’t looking or aren’t in the house before she steals them. Today when prepared to wash dishes, I couldn’t find the dishcloth anywhere. Finally, I just got another one from the drawer. Later I found the dishcloth on the bed where Hannah likes to take things she eats. Sigh.

My beloved Danny, who died of cancer last November, was a very introverted dog. He was sweet, polite, rarely barked, and liked to do his own thing. Danny loved food–although not nearly as much as Hannah. He was completely devoted to me and would follow me everywhere. People sometimes asked what kind of dog he was when we took him for walks, but we really didn’t know. We think he might have had some Chow in him. EJ sometimes jokingly said that Danny was part American Moocher and part English Stalker. We believe Hannah is part Lab and part Pitbull but if I were to make up a funny type of breed for her, I think I would call her part Attention Hound because she always demands attention and part Pit-Pocket because she is always stealing stuff. I’m sure she has a few other “breeds” mixed in as well. LOL.

Danny was an awesome dog and so is Hannah. She has a lot of funny little quirks and she is just mischievous enough to make her interesting. I always loved that Danny was so very devoted to me. I was first in his heart and everyone else was a distant second. But I also enjoy that Hannah loves both EJ and me equally. When she plays fetch, she takes turns bringing the ball to first one and then the other of us. Sometimes she snoozes on my lap and sometimes she snoozes on EJ’s lap. She really is an adorable dog. EJ says that he sometimes has trouble remembering that she’s not human. 🙂

← A Hint of Autumn
Words and Things →

13 Comments on “A Funny Type of Breed”