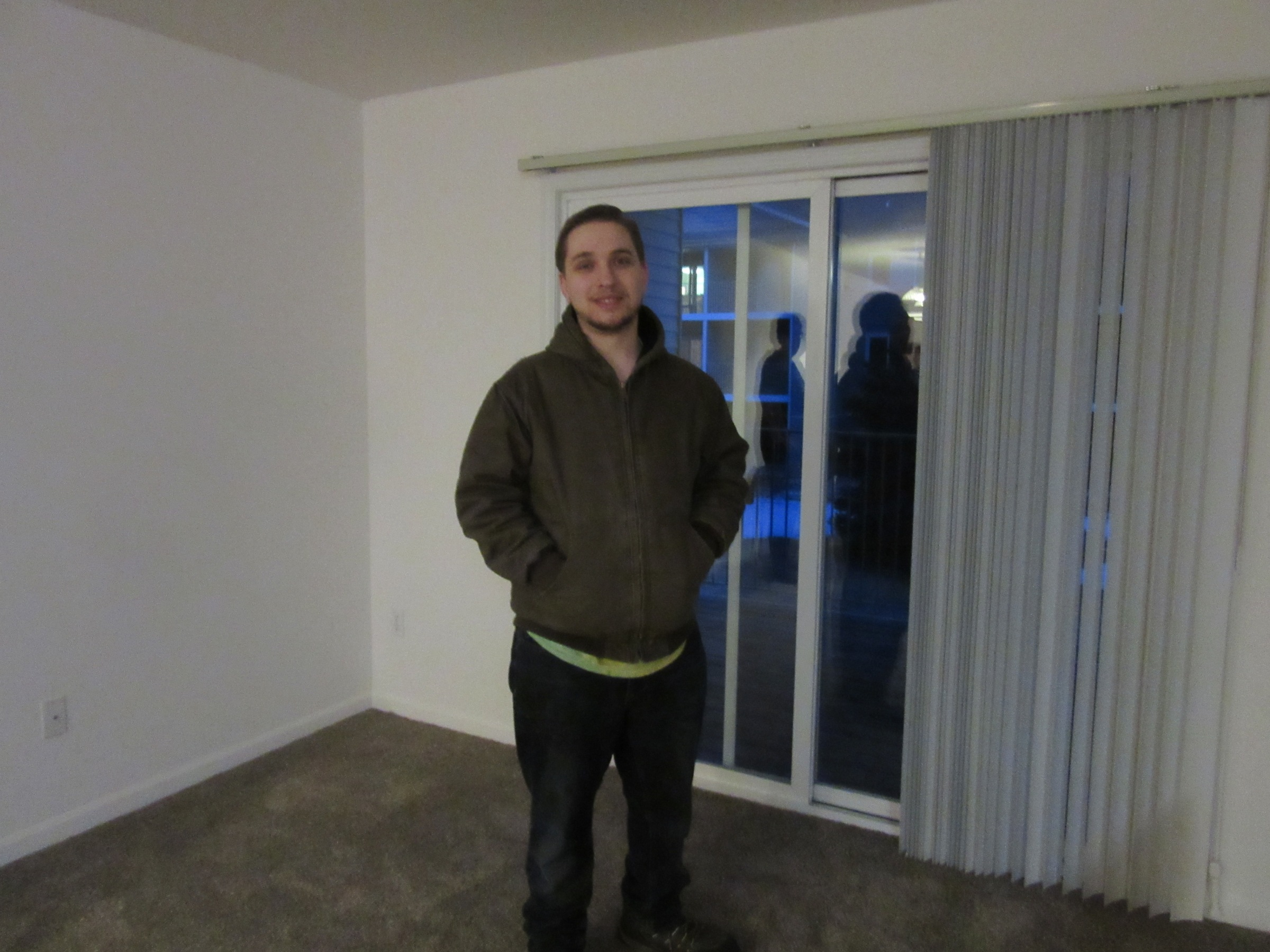 The plan was that JJ would drive to the house to pick up a few more of his possessions, and I would go with him so I could see his new apartment. Depending on timing and how man trips JJ made, either he would take me back home or EJ would pick me up after work.

I didn’t know when JJ would get here. I figured that he probably wouldn’t have much patience to pack stuff so I did a lot of it. I emptied his dresser, desk drawers, and most of his closet, and dragged boxes and bags to the kitchen. He doesn’t have a lot of possessions. Mostly I just packed his clothes. He still has computer cables and accessories to take, as well as his books, but he can get those little by little. After I got the clothes out of the way, I picked up empty envelopes, wrappers, etc., from the floor and vacuumed. JJ took most of his blankets with him last night, but I told him I wanted to keep the bedspread. I put it and a couple other blankets in the wash. JJ hasn’t been the neatest person ever, and it felt good to get the room tidy.  Too much clutter and mess tends to depress my spirits.

I laughed because Hannah kept lying on the bed as if she was claiming JJ’s room for herself. She even set her favorite toy on the bed. I went into the bedroom later and saw TWO balls on the bed. I’ve begun calling the room “Hannah’s bedroom.” Hannah is such a funny dog. Whenever EJ hugs or kisses me, she runs up for some lovings too.

JJ arrived in the early afternoon. He hadn’t slept well on the floor last night so he ended up taking a short nap on the couch. Kee-Kee and Hannah cuddled with him.

Plans changed. JJ wanted to visit his girlfriend–she lives about a half hour further than us from JJ’s apartment. I said,  “No problem.” I really want to tour JJ’s new apartment, but if I couldn’t get there tonight, I told JJ that I could always visit after my doctor appointment on Monday. After texting his Dad to see if it was agreeable, we decided that EJ and I will take the mattress to JJ tonight after EJ gets home from work. If possible, maybe we can also bring him the recliner we are giving him.

The mattress was on the top shelf in our pantry/storage room. I had JJ get it down, and I also had him get down the tote with the single sheets in it so he could take them with him. I also let him have the extra coffee machine, and I let him take some of his favorite coffee cups, some extra pots, pans, and plates we no longer use. Then we loaded the Xterra and off he went.

Before he left, he hugged me and told me that he’s rather terrified about moving and “I’m going to miss all this.” I told him that before he knows it, he will be settled in and loving it.

EJ came home from work and put the ducks in their coop for the night. He tried to put the chickens in, but it was still light out and they always refuse to go into the coop until twilight. EJ loaded the mattress into the suburban and I grabbed JJ’s work shirts, a bag of clothes hangers, and the plant his girlfriend gave him and we set off for JJ’s new apartment.

I was very surprised at how big the complex is. I looked at Google maps when we got home and counted twelve large three-story apartment buildings. The complex has a pool, gym, hot tub, children’s playground, and dog park JJ lives in a second story 2 bedroom apartment with a balcony. There is a washer and dryer in their apartment. It was quite nice. They don’t really have any furniture yet, but that will come. We will let JJ have one of our recliners but we couldn’t fit it in the sub to take it to him tonight.

When we got home, EJ went out to shut the chickens in the coop and then we relaxed for the rest of the evening. We both agreed that we are glad that JJ is growing up and gaining his independence, we are excited about this new period of our lives, but it will all take some adjustment.