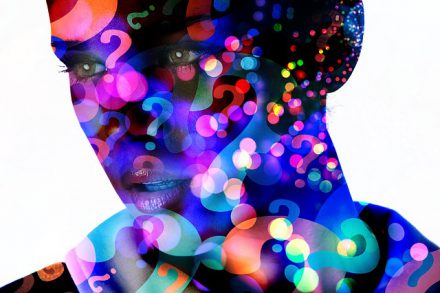 I used to watch a TV series called NCIS. I haven’t watched it in a long time. I stopped watching when Ziva left. In the series, Special Agent Leroy Gibbs had a list of rules that he lived by. They were rules like “Always wear gloves at a crime scene” or “Don’t believe what you are told. Always double-check.”

I also have rules that I try to live by. Well, I call them principles. They are:

So these are some of my life principles, I could list others, but basically they boil down to I try to “do unto others as I would have them do unto me,” and not do unto others what I would hate to have done to me.

I used to think that if we treated people with kindness, compassion, respect, forgiveness, and freedom, they would treat us with love and forgiveness. Then I learned that there are people who enjoy cruelty and who thirst for power and control. Their hearts aren’t melted by kind-hearted people. Instead, they view kind-hearted people as wimps, easy marks, sheep to be sheared. In fact, these predators specifically target kind-hearted people because they know that they will show them compassion, keep forgiving, keep trying, even while they are being destroyed. (What Kind of Woman Does an Abusive Man Go For?) Using tactics such as anger/kindness, gaslighting, lies, blame, criticism, insults, belittling, minimizing, and others, an abuser is able to make his victim believe that the abuse is her fault–she is not loving enough, forgiving enough, trusting enough, capable enough, generous enough, etc. Dr. George Simon, who has worked with “character disturbed people” for decades, describes these tactics very well on his website. It’s eye-opening. I wrote about the abuse cycle the other day, and mentioned many of these things.

The effect on the victim is damaging. She believes she is not over-critical, over-sensitive, or always thinks she is right, but she did say some negative things. She did cry or get angry. She is asserting that she is right. She thinks he is the aggressor, but what if he is right about what he says about her?

This, I think, is where a victim’s identity crumbles–when she doesn’t know who or what she is. I’ve told EJ now and then that I don’t really know who I am. I don’t know if I am good or evil, kind or mean–a monster? Who am I? There is a scene in a Doctor Who episode called The Bells of St. John that hits me really hard. In the scene, there are many people crying, “I don’t know where I am!” It always echoes my cries but in my mind I change the words to: “I don’t know who I am.”

I don’t know where [who] I am.
It’s like I’m breaking into a million different pieces… (Clara, Doctor Who)

I can recognize that it’s abusive to yell at me for hours, to get angry at me when I say “no,” to insult me, swear at me, to tell me that I am a waste of air. I know it’s abusive to tell me that I am “a daughter from Hell, the worst daughter a mother can have.” (For most of my life until I got engaged, my Mom always called me “the Caring One” and “the one I can count on to be helpful.”) I can recognize it’s abuse when it’s happening.

But later, I think “What if what they said is true? What if I really am the daughter from Hell?  The monster? What if I am unaware of my awfulness just like a person can’t smell his own bad body odor but everyone else can?”

But then I remember that it is never ok to yell, insult, belittle people or to accuse them of doing things they never did, or to disregard their boundaries. A person MUST set healthy boundaries or they will live in torment forever.

But then I wonder (in agony) what if they are acting this way because of me? What if I am a failure? What if I have violated all the principles that I value and want to live? What if I am overly sensitive and misunderstanding this person?

But then I read descriptions of abusers and the effect on victims and it’s exactly what I’ve experienced. Exactly. So it’s not me. I must protect myself by refusing to accept their accusations.

And back and forth and back and forth it goes: One moment determined, the next wracked with guilt and shame. I am a monster. I am not a monster. I don’t know who I am. I don’t know who I am. I totally relate to this scene in the movie Tangled. All my friends thought this movie was humorous, but I cried because it’s such an accurate depiction of emotional abuse.

But as Natalie Hoffman wrote in her blog, Flying Free:

SHE IS COURAGEOUS. SHE SURVIVES THE REJECTION OF HER LOVE AND THE DEHUMANIZATION OF HER SPIRIT, AND STILL SHE GOES INTO EACH DAY WITH HOPE.

During her marriage [or other abusive relationship; EJ is awesome but our families aren’t] she would get up each day with a renewed sense of hope and faith. She would love her family and care for her home in spite of chronic rejection and criticism.

When she takes steps to get out of her abusive environment, she will need this courage—because getting out is a red-hot hellish journey.  She will now need to survive rejection from her religious community, her extended family, some of her friends (the “fair weather” ones), and sometimes of her own adult children (sadly – very common).

Yet, she will rise. Given time, this woman WILL RISE because her faith isn’t in people. It’s in Jesus.

~ You’ve Got Ten Strengths That Will Help You Find Freedom