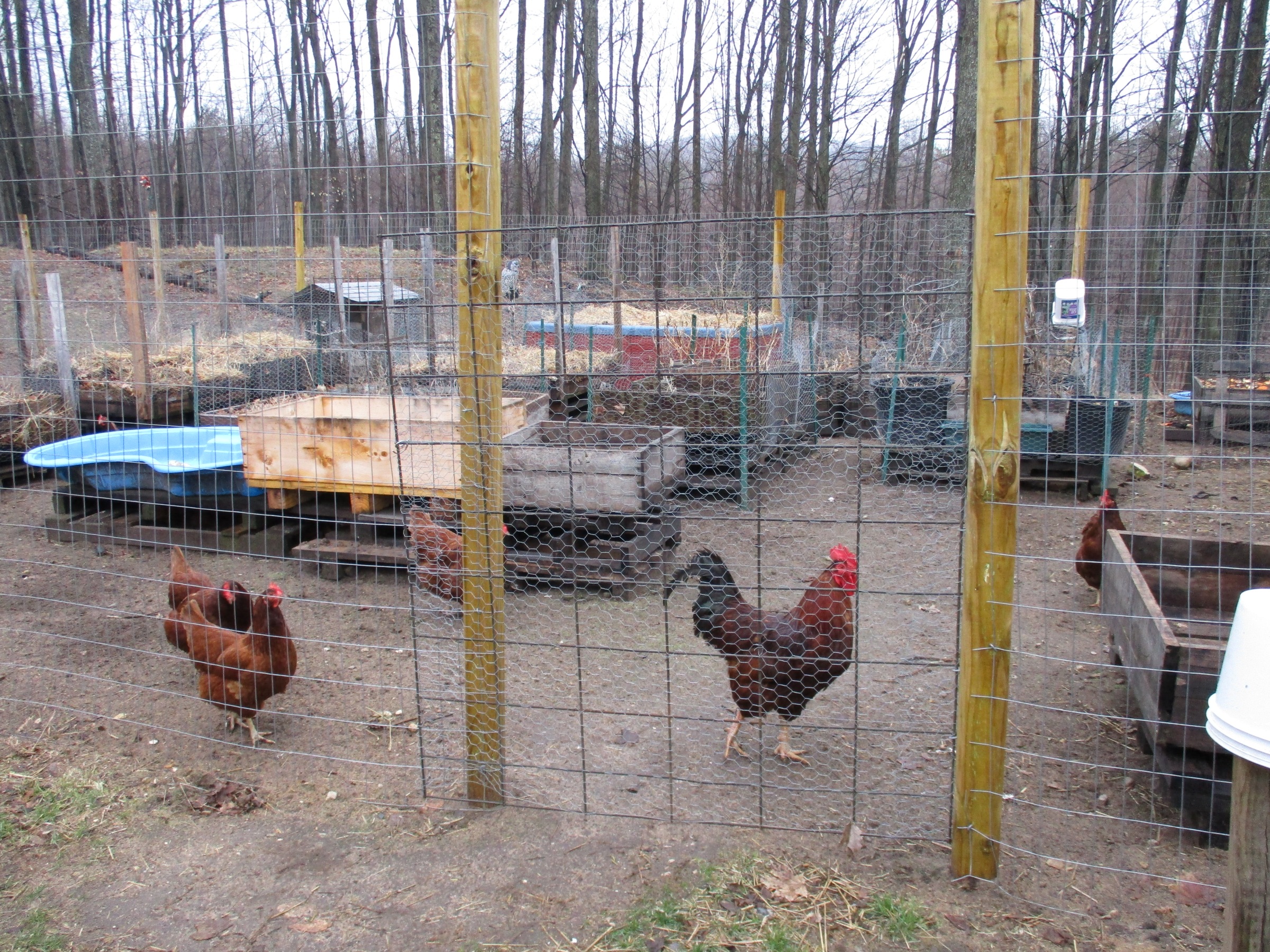 Our weather was a bit wacky this last week. It began to snow last Sunday afternoon. On Monday morning, we woke to a beautiful snow-covered ground and trees. Here are photos I took:

By Monday evening the snow had disappeared. The temperatures warmed throughout the week. Yesterday evening we had rain rat-tat-tatting on our roof. It looks like rain again today.

I love each of Michigan’s seasons. Autumn’s colors are breathtaking and there is an vigorating chill in the air. Winter is magical when the landscape is clothed in white and the wildlife comes close to the house to eat from the birdfeeders. Spring is exciting when the plants begin to poke above the ground and the flowers bloom. It’s wonderful to work in the garden during the Summer and to enjoy green leaves, beautiful wildflowers, campfires, t-shirts and shoes instead of coats and boots. Of course, Winter is challenging because of our long, steep driveway that we have to keep snow-blowed. Warmer months are challenging because the creepy-crawlies wake up.

Since yesterday I have encountered three wolf spiders. One was right up on the threshold of our front door. They especially seem to like snuggling right up to the bottom of the door, which means that if I open the door, they are likely to drop inside the house. When I saw the spider as I stepped onto the porch, I grabbed a straight-edged shovel to move it away. I wasn’t deliberately trying to kill it but it left behind some of its legs when it hobbled off. Probably to die. Oh, well. I know there are spider-lovers out there, but I am not one of them. I figure there are billions and billions to the nth power of spiders in the world, and they will not become extinct if I kill a few. I let them live if they remain outside, but I kill them if they are in the house. Or near the house. Or on me. Or in my personal space. A few hours later, a second spider dropped down from the ceiling onto the porch when I opened the door to go outside. I thought, “Great! Now I have to be alert for spiders falling from the ceiling!” I’d have had to walk over the spider so I quickly shut the door, found my spider spray, and then when out and sprayed it until it was dead. I saw a third spider lurking near the door inside the house in our entrance hallway this morning. It was small. I stomped on it. I have put traps in strategic places throughout the house to lure creepy-crawlies to their deaths. I have to be careful now with sprays because, for some reason, Hannah Banana likes to try to lick the places where I have sprayed. We can’t have that! So I bought pet-safe traps and put them in out-of-reach places around the house–like inside cabinets, under furniture, and in closets.

Last weekend–I think it was Saturday–I had sort of a chicken misadventure. About 4 pm each afternoon, I go out to give the chickens fresh water and gather their eggs. The chickens always run up to me when they see me coming. Fun Fact: I’ve read that chickens consider the humans who care for them as honorary members of the flock. If a rooster believes his human to be lower in the pecking order, he will try to boss the human around. I think this is what happens when roosters are mean–they consider themselves to be dominant and they are trying to get the human “in line.” When my roosters were chicks, I made sure to establish my dominance–I would occasionally “nudge” them with my cane when they fluffed their feathers and got sassy–so my roosters consider me Chicken Leader One and they are quite nice.

Anyway, when the chickens crowd the gate, it  is a bit tricky to get through it–I have to shuffle through the gate so I don’t step on any of the chickens crowding around me while carrying the egg basket and bucket of water, and then get the gate closed again before any chickens get out. I’ve never had a problem with them escaping–until Saturday. Sassy, our primary rooster, squeezed by me before I could get the gate closed. Chickens like to be with the rest of their flock so all I had to do was open the gate and steer him in the right direction and he would go right back in…except all the other chickens were crowding the gate so when I held it open for Sassy, a hen escaped. Now I had two “free” chickens. I couldn’t keep the gate open for Sassy and the hen without letting more escape so I ran inside the house, shouted to EJ that I needed his help, and ran back out to make sure Sassy and the hen didn’t wander too far away.  When EJ joined me, I stood near the garden gate while he walked toward the escaped chickens. They ran toward the gate, I opened it, and in they went. Easy peasy.

The chickens always put themselves to bed in their coop when twilight descends. I simply go out and make sure they are all inside and then I close their little door so they are safe from nighttime predators. Usually Sassy and six of the hens roost on top of the TSC coop inside the shed while Captain and his two hens roost inside it. I feel like Mr. Tweedie in the Pixar movie Chicken Run when I shine my flashlight at them to count them to make sure they are all in. Sunday evening when I went to the coop, I counted only eight chickens. I was heading out of the coop to see if I could find the missing chickens when I heard a loud clucking as if one was saying, “Here we are!” We have three dog houses in various places outside so the chickens can run into them for safety if there are predators around. Fortunately, the crows in our Enchanted Forest chase away flying predators. I saw two crows driving off a hawk a few days ago.

Anyway, Captain Ame-roo-ca, our second rooster had gone into the dogloo with a hen when it started snowing and they didn’t want to walk through the snow later to go into the coop. My chickens hate snow. The hen came up to me when I neared the dogloo so I picked her up and took her into the coop. However, Captain didn’t want to leave the dogloo. I had to get out my rubber-footed cane, which I use like a shepherd’s staff, to reach in and nudge him out of the coop. It took a bit, but he finally came out. He ran across the snow and got into the storage part of the coop where we keep the food and straw. However, Sassy, our primary rooster, was standing in the door way to the chicken part of the coop and Captain didn’t want to go past him. Instead, he flapped up on top of a straw bale. I picked him up, took him into the coop past Sassy, and set him on top of the doghouse in the coop.

I told EJ that I always feel a deep sense of contentment when the chickens are all settling down in their coops in the evening. It such a cozy, homey feeling. In fact, it is very “warm fuzzy” to have the chickens run up to me when they see me. It’s often very difficult to walk in their area because they walk along with me, even stepping on my feet. I like chickens. They are interesting.

My e-store website is hosted by Bluehost. Woocommerce is a related company that sets up the store plugins–the shopping cart and payment and shipping options, and things like that. Constant Contact is another related company that helps a person grow his/her e-business by helping with contact forms, contact lists, and emails/newsletters. I talked to a person from Constant Contact yesterday because I wasn’t really sure exactly how to get started with them. The woman was very helpful (I have found Bluehost, Woocommerce, and Constant Contact support people to be awesome.) She explained how they can help ME. She set up an awesome newsletter/email for me so I could share my news and products with people and she explained how to set up and edit their various templates. My first newsletter/email has links to my e-store products, links to sign up for emails, as well as links so people can share it with others on various social media. I think it looks amazing and professional. Take a look:

The Constant Contact woman told me that she helps many people grow their businesses. Right now, craft businesses (like mine) are doing very well. She thought my items were beautiful/cute and very well photographed. “I’ve seen many craft products that aren’t photographed well, but yours look great!” She also asked me who designed my website. I said, somewhat sheepishly, “I did!” She said, “Oh! Wow! Well, you will certainly have no trouble using our services.” She made me feel very encouraged and proud of my accomplishments. She made me feel like “I can do this!” I am so thankful for these support people who are helping me set up my store. I couldn’t do it without them.

Well, I’ve got to go back to work!